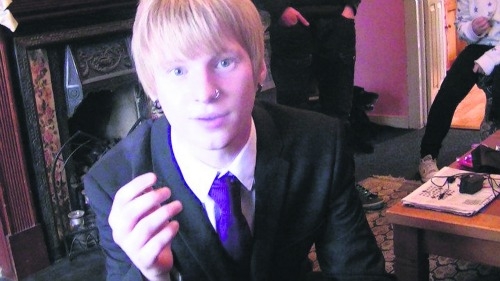 A MOTHER who lost her 21-year-old son to suicide is inviting young people, parents and teachers to a thought provoking play on the issue of teenage suicide - which she is staging for free in a Clondalkin church.

Carol Cosgrove buried her young son Daniel Dempsey in September 2014, after his body was tragically found by a passer-by along a stretch of canal between Clondalkin and Lucan.

At the time of her son’s death, Carol bravely spoke to The Echo about Daniel’s suicide and his struggle with depression – and appealed to young people not to view suicide as an option or remedy to their problems.

Since Daniel’s sad passing, Carol has established a support group for parents who have lost a child to suicide and now this week, she is inviting the community to attend an award-nominated play by writer Patricia McCann called Bring Me Back Alive.

Set in a youth centre in modern day Dublin, Bring Me Back Alive is a conversation between six young people after the loss of their friend to suicide – with the play highlighting the warning signs to look for, the need for more mental health services and the devastating effects that suicide has on family and friends.

Carol, who is from Clondalkin, decided to bring the play to the church of the Transfiguration in Bawnogue after seeing it in DIT, Augier Street.

She told The Echo: “This is a play that all young people should see.

“I was gobsmacked by how relevant it was and it felt like I was looking at myself on a bad day when the mother, who lost her son in the play, was on stage.

“My 20-year-old son Sean was with me when I saw the play and as a young person he was also able to relate to the play.

“Afterwards he said that this play should be shown in every school in the country.

“It really is an important play and will show young audiences that it is ok to think certain thoughts or to feel a certain way and that it’s ok to ask for help or ask questions.

“It will help young people to see that they are not different and that it’s ok to talk.”

She added: “This play deals with teenage suicide head-on, an issue that has to be spoken about – we can’t brush it under the carpet anymore or the impact suicide has on family and friends.Talking is the only way.

“I’m not saying that talking will make everything right for a young person but it is the first step in showing a young person that it is ok to feel emotions such as sadness, depression or anxiety – and that there is hope.”

Carol fundraised to get the play to Clondalkin and is staging the play for free in the 800-seat Church of the Transfiguration on Friday, January 22, at 7.30pm, doors open at 7pm.

An invitation to simply turn-up on the night has been extended to the area’s young people including local schools and parents, with a fundraising raffle for suicide services in the area also being held.

Teachers are invited to come along with a view to hosting the play in a local secondary school, with the play already being staged in schools right across the country.

The next meeting of Carol’s support group for parents bereaved by suicide is this Monday, January 11 in the Tus Nua building on the Nangor Road at 7pm.

The support group meets every second Monday and for more, visit the HOPE Parents Bereaved by Suicide Facebook page.