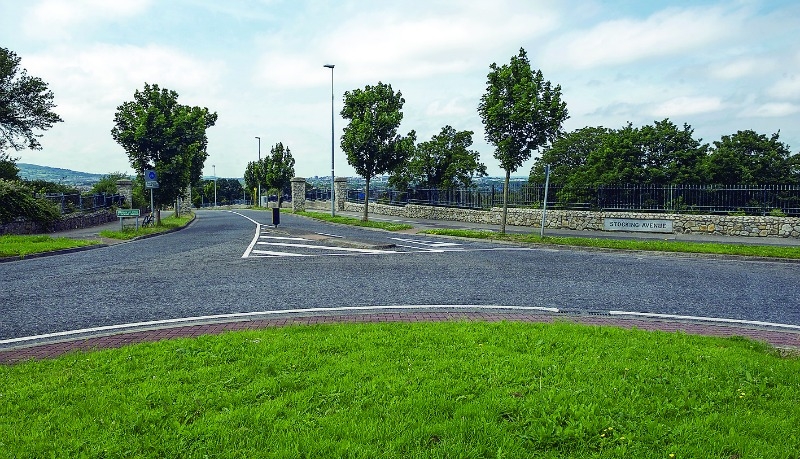 OVER the course of five days in June, three women were violently assaulted in daylight attacks in the Stocking Lane area – with all three incidents believed to have been carried out by the same man.

In recent weeks, people living in communities such as Ballycullen, Firhouse, Knocklyon, Woodstown, Scholarstown and the wider Rathfarnham area have been calling on local gardai and elected representatives to take action and provide information on a number of alleged assaults that have sparked concern in the area.

Up until now, only one terrifying assault on a woman in her fifties, who was punched in the face a number of times while walking on Stocking Lane at 10.30am on June 18, was confirmed.

However, The Echo has learned that three similar daylight assaults on women, including the lady in her fifties, were reported in the general area of Stocking Lane between June 13 and 18 – with all three incidents possessing similarities.

Residents have also expressed concerns over an alleged assault in St Enda’s Park in Rathfarnham in recent days however, a Garda source has confirmed to The Echo that this incident is not connected.

The source said: “The recent incident in St Enda’s park involved two males and we are satisfied that it is not connected and are following a definite line of inquiry.

“The three assaults on women in the Scholarstown area however, do have similarities… they all have a similar MO [modus operandi] and in each incident there was no attempt to rob.

“In each incident the women were grabbed, with the culprit fleeing the scene after each woman started screaming and calling for help.

“One incident happened in the morning, while the other two occurred in the late afternoon.”

The source added: “We believe that these three incidents may be connected and have put both overt and discreet patrols into the area.

“We have allocated extra resources into the area and are encouraging anybody with information to come forward.

“An officer did challenge a man in the area whom he believed was acting suspiciously. However, after a chase he managed to evade the officer.

“We cannot confirm if this man was connected to the incidents or if he ran from the gardai because of another reason like an outstanding warrant or a small amount of cannabis in his pocket.”

According to gardai they have not released any details of the man as the discription is very generic, with the age range provided also relative to the age of the individual women approached.

Anybody with information or who may have witnessed anything suspicious is encouraged to contact Rathfarnham Garda Station on 6666500.

In light of the attacks a community walk has been organised for next Thursday evening, with those involved gathering at the Spar in Woodstown at 7:30pm.

We will have more on this in the coming week ahead of the walk.

NEWER POSTSocial housing units in Ballyfermot to be allocated next week
OLDER POSTThrowback: Remember the day an eight foot python snake turned up in Firhouse?