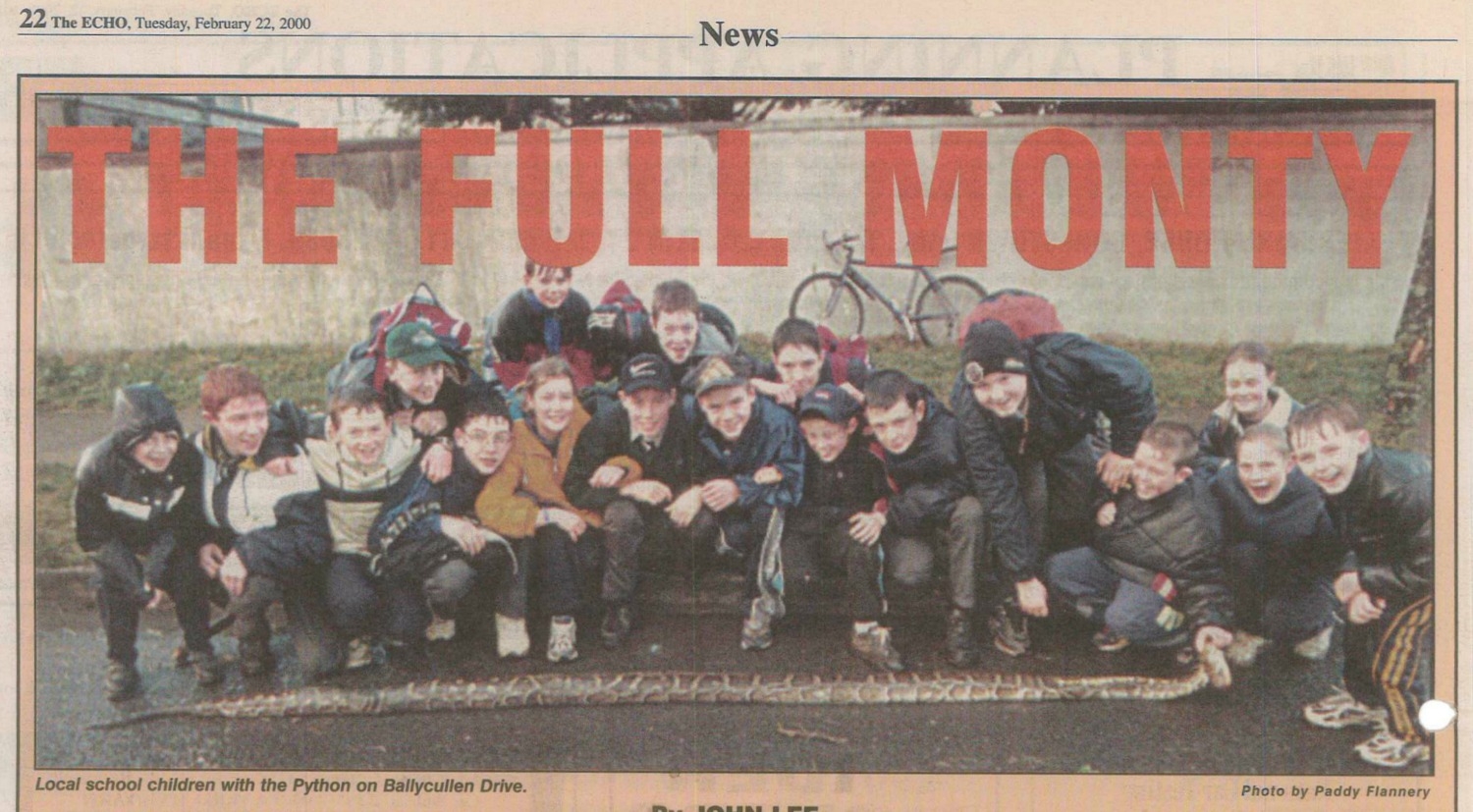 Throwback: Remember the day an eight foot python snake turned up in Firhouse?

As it’s Thursday, we thought why not take a trip down memory lane and throwback to the year 2000, when a group of local kids stumbled across an eight-foot python snake.

According to the story printed in the Echo in February 2000, the reptile was discovered on wasteland near Ballycullen drive.

A worker at the Firhouse Community Centre said a young boy had been enquiring about an escaped snake in the days previous to its discovery.

It seems the kids who discovered the python had dragged it from the wasteland onto Ballycullen Drive, leaving motorists in Firhouse shocked as they passed by.

Speaking at the time, snake expert Peter Ward said the python would have struggled to survive in the environment as it would be more use to tropical climates.

So, what we want to know is can anyone, 17 years later shine a light on where the snake came from?