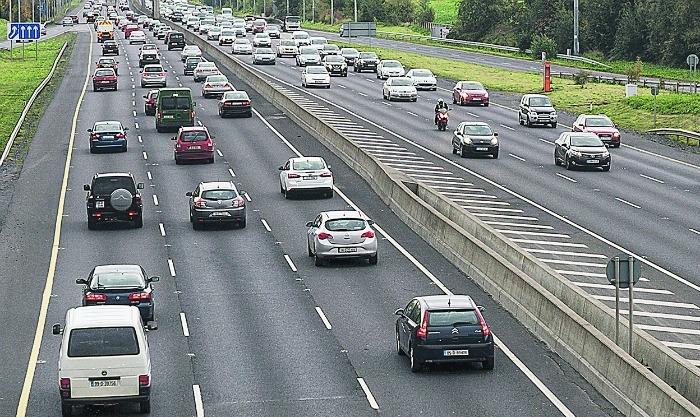 Cars in Tallaght and Saggart seized over €13,000 M50 toll evasions

This is according to the Transport Infrastructure Ireland (TII) who found that the number of drivers evading tolls on the M50 are minor but are accumulating large penalties.

The TII noted a number of persistent evasions with serious consequences.

A 2009 Mercedes Benz was seized in Tallaght area following a €13,000 court-ordered decree. The defendant agreed to a settlement with the Sheriff’s office for the decree and paid TII for other outstanding tolls and penalties owed.

In another case, a 142 Nissan Juke was seized in Saggart following a decree of over €13,000 which was paid in full to settle the matter.

One serial offender who was prosecuted and had to make a payment of over €16,000 after making over 1,200 trips on the Toll Road. Their vehicle was eventually seized on foot of a civil judgement against them.

A spokesperson for the M50 Toll Road commented:

“While we are pleased that the overall compliance rate on the toll road has been stable and has marginally improved in the past couple of years to over 97%, there still remains a very small minority of motorists who use the toll road on a regular basis – in some cases three to four times a day – without paying.”

“These people are needlessly ending up in Court and putting themselves at risk of incurring a criminal conviction, or having the debt registered against them as well as having their vehicle seized by the Sheriff.”

“We are urging these people to contact eFlow in order to resolve their case before it gets to Court.”