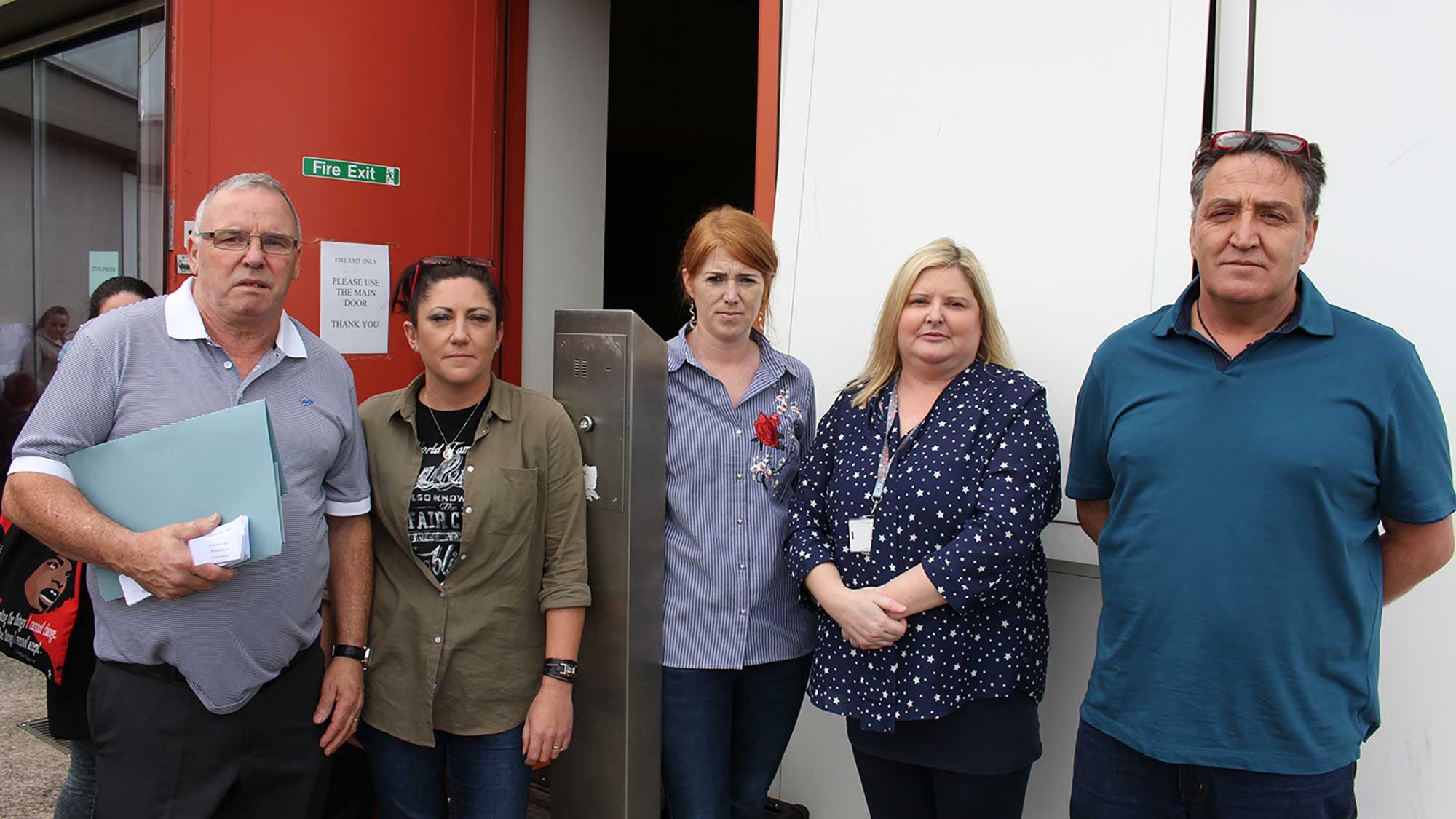 Staff at the centre have been staging a sit-in protest since Friday, September 29, when they were issued with notice of immediate redundancy by the Chairman of Brookfield Youth and Community Centre Limited – the company which managed and staffed the council-owned centre.

Following the closure of the centre, members of the surrounding community have come out to support workers, with residents this week doing shop runs for the five workers and donating food and supplies.

Cross-party politicians are also visiting the centre to show their support for staff and for the community – which has been left without vital services that catered to around 1,000 young people.

“All we keep hearing is that there is talks going on in the background, but we are not part of any of these talks.

“Despite being here nearly two weeks we’re still upbeat and hopeful that something will be resolved sooner rather than later.”

Mr Walsh added: “We’ve got great support up here, people are dropping by with food and supplies and the local shop has also been donating a few bits.

“People have really rallied around and hopefully the centre will be back open for them to use soon.”

The Echo also spoke with the former Chairman of Brookfield Youth and Community Centre Limited David Hoare who said that closing the €5m centre and making five people unemployed was not what he wanted.

Working in the centre since it opened in 2008, Mr Hoare said that for “several months” he was the sole member on the Board of Management after a number of people had resigned and retired, none of whom were replaced.

“I found myself in a situation where I was the last remaining Board member and I was advised that one person cannot legally run a board or a limited company and that’s how I ended up pulling the plug,” Mr Hoare said.

“I couldn’t continue in that fashion and I was hoping that the council would step in as my position was untenable at that stage.

“I have been at the centre for nine years, since it opened, and it is a sad state of affairs to see it going the way it has.”

He told The Echo: “We’re still calling on the council to intervene – people cannot be left in limbo like this with services not running . . . and re-establishing services in another community centre is not a solution.

“The council has a degree of experience and knowledge in providing facilities and services in the community which is invaluable, and the more of a role the council has in community centres, the better.

“It mightn’t be a bad idea for the council to look at its model for running community centres.”

SIPTU, which is representing workers, told The Echo that the trade union is encouraging local politicians to lodge an all-party motion at this Monday’s council meeting – which seeks support for staff and the re-opening of the centre.

SIPTU Deputy General Secretary for the Public Sector, John King told The Echo: “There are a couple of things at play in this tragedy.

“We take the view that the council has to step in to ensure that the centre is not lost and then they will be in a position to make safe the five people’s jobs.

“If it’s the case that a new company will be established further down the line to run the centre, the five staff members can then work for that company.”

The Echo asked South Dublin County Council if intervening was an option available to them, however a response was not received in relation to this aspect.