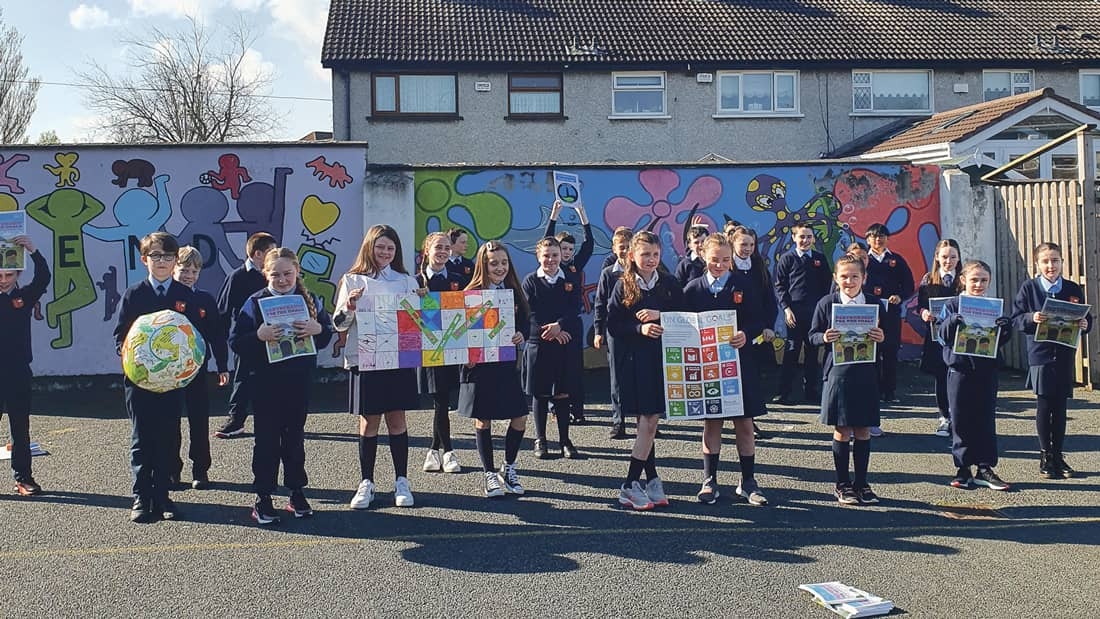 STUDENTS from a local primary school appeared on RTÉ’s News2Day programme after being selected to showcase their work in the Our World Irish Aid Awards online magazine.

The Our World Irish Aid awards showcase the work of children who are learning about subjects such as climate action, zero hunger and clean water.

Students from fourth class in Clonburris National School in Clondalkin had their work published in the newest edition of the magazine.

Teacher Paula Galvin said it came around after her class submitted a large project last December to the Irish Aid Our World awards.

“I do a lot of work around global citizenship issues and I have been doing them for about 10 to 12 years.

“Anytime organisations such as GOAL or Trocaire are running awards we would enter  them, and we have had a lot of success with them over the years.

“Since Covid, the winning submissions now feature in an online magazine so the kids I am teaching did a huge amount of work.

“The theme of the awards was partnership, so they did a load of work on Fairtrade because Clondalkin is a Fairtrade town, it became that in 2014.

“[Included in their submission] There were board games based on the Global Goals, letters to councillors in South Dublin County Council to continue and extend campaign to make the entire county a Fairtrade one and speeches from Earth to humans describing the damage, destruction and devastation done to the Earth.”

As well as writing powerful speeches, the class also wrote a rap that they performed on the News2Day programme, which held an important message about climate action.

“We were so excited to be interviewed by Aisling on News2day and the whole school watched us. We are very proud of ourselves,” student Abigail Murray said.