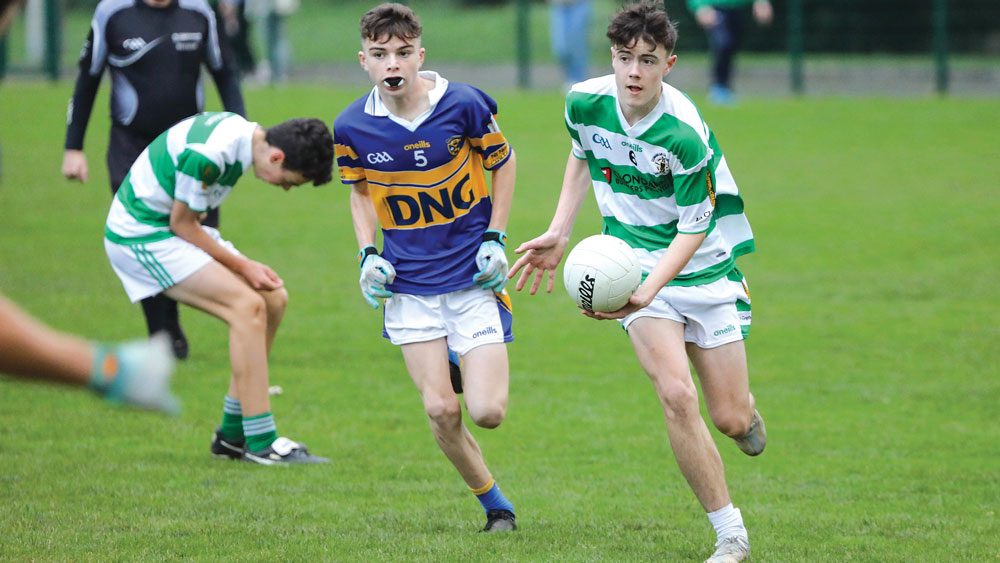 Towers lose out in dramatic final

CASTLEKNOCK’S Under-14 side clinched the Division One Football Shield last Saturday afternoon (November 12), winning in thrilling fashion, beating out Clondalkin’s Round Tower in a tantalising match that ran the length of extra-time.

The game proved to be an end-to-end affair, Castleknock controlling a substantial portion of the second half before the home side rallied with incredible character to prolong the contest, the visitors eventually pulling away.

Speaking after the match, Castleknock manager Alan Brogan praised his squad for their performances in uncharted territory: “I’m delighted for the lads, it was the first final for a lot of them,” he said.

“Both teams performed really well under a fair bit of pressure…We obviously went ahead, and they clawed us back, so our lads had to dig deep in extra-time particularly to come back into it.”

I think a match like that will really stand to both teams when they move to under-15.” 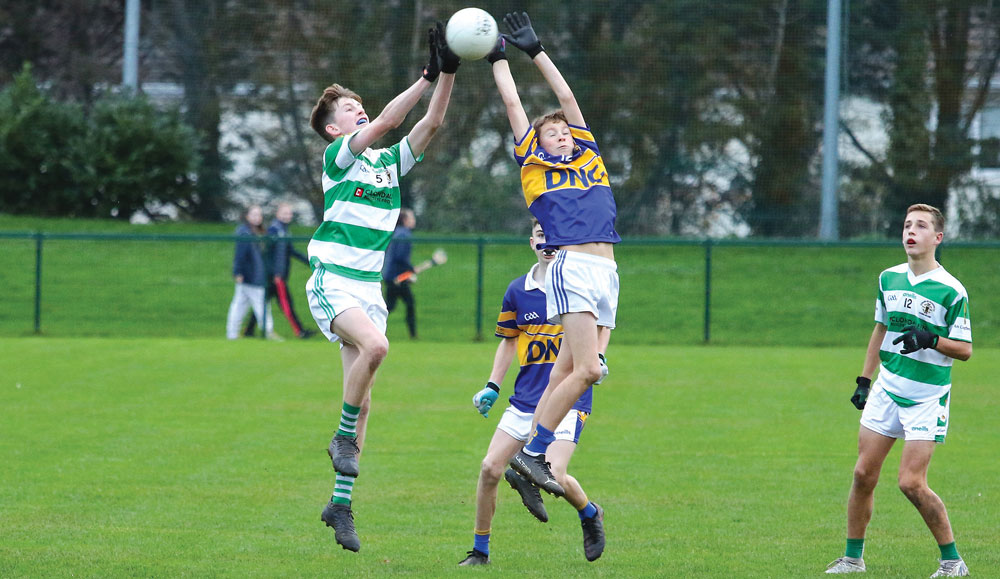 The sides were inseparable in the first half, Round Tower looked strong in the opening 20 scoring 0-5 but fell into a lull and virtually failed to break inside Castleknock’s 45 for the remaining stages.

The away side were composed but lacked a killer edge, Cillian McCabe in particular asserting his influence, picking up the ball from deep and weaving through the opposition’s back line, but only producing a solitary point compared to his three wides.

The teams headed into the break level, both 0-6. 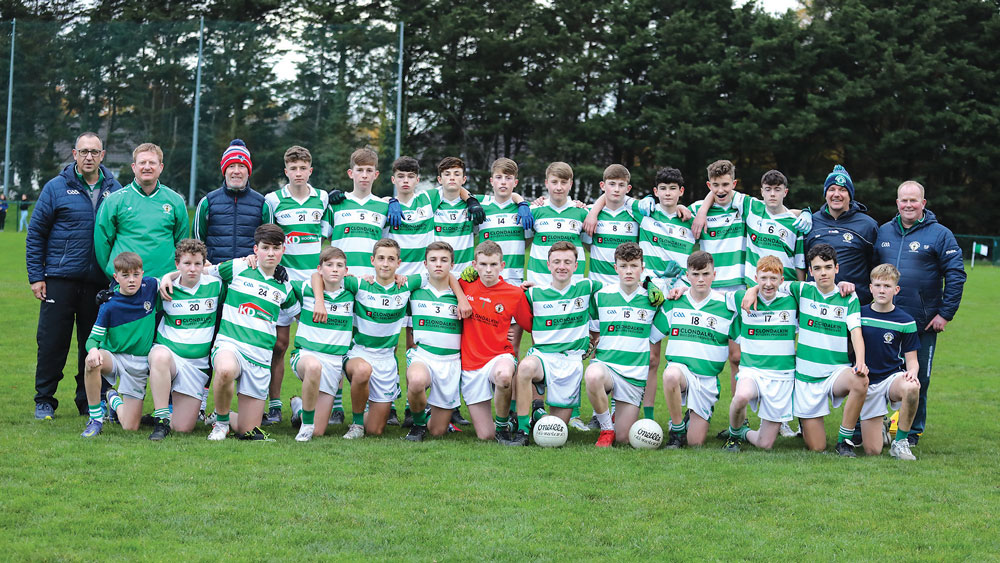 However, it was Jamie Brogan left rueing what could have been-his shot beating the keeper before cracking the inside of the post and bouncing back into play unanswered.

Brogan’s missed opportunity would ultimately end up gifting Round Tower a way back into the game.

Darragh O’Brien finished off a superb passing sequence with a goal to re-ignite an epic comeback for the hosts, eating into a seven-point deficit in the final ten minutes as they were roared on by the home crowd. 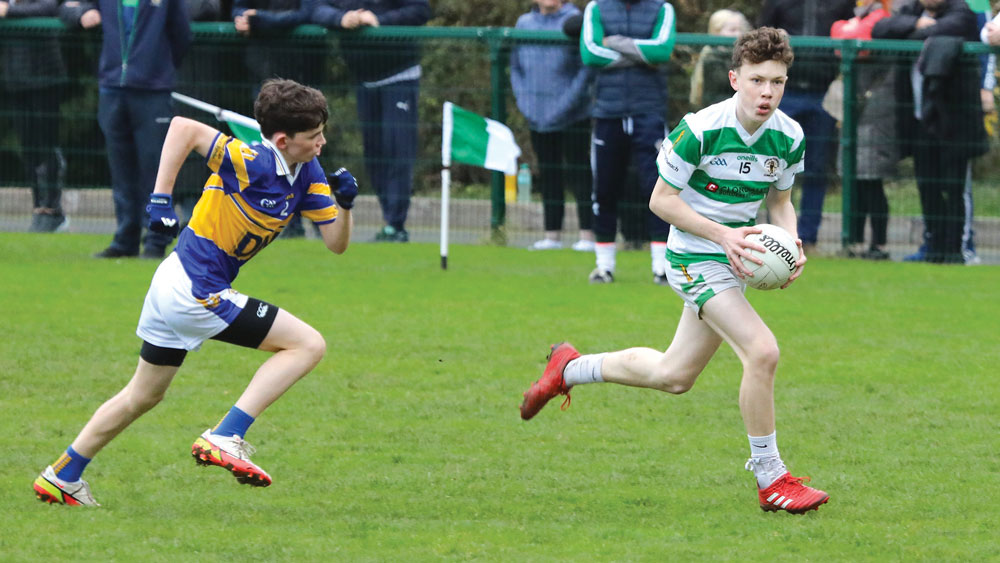 Shay Lynham of Towers gets away from Darragh Cullinan of Castleknock

Captain James Grace led by example, refusing to wilt under pressure, putting away four frees, the last of which came as the final kick of regular time.

Going into extra-time it looked as if Castleknock’s 11 wides may have come back to haunt them, but the side kept their cool, re-establishing authority with Round Tower struggling to channel up another comeback.

Another goal from Roche and multiple points by McCabe built up a solid cushion for the Northside outfit before an own goal on Round Tower’s end secured the deal.