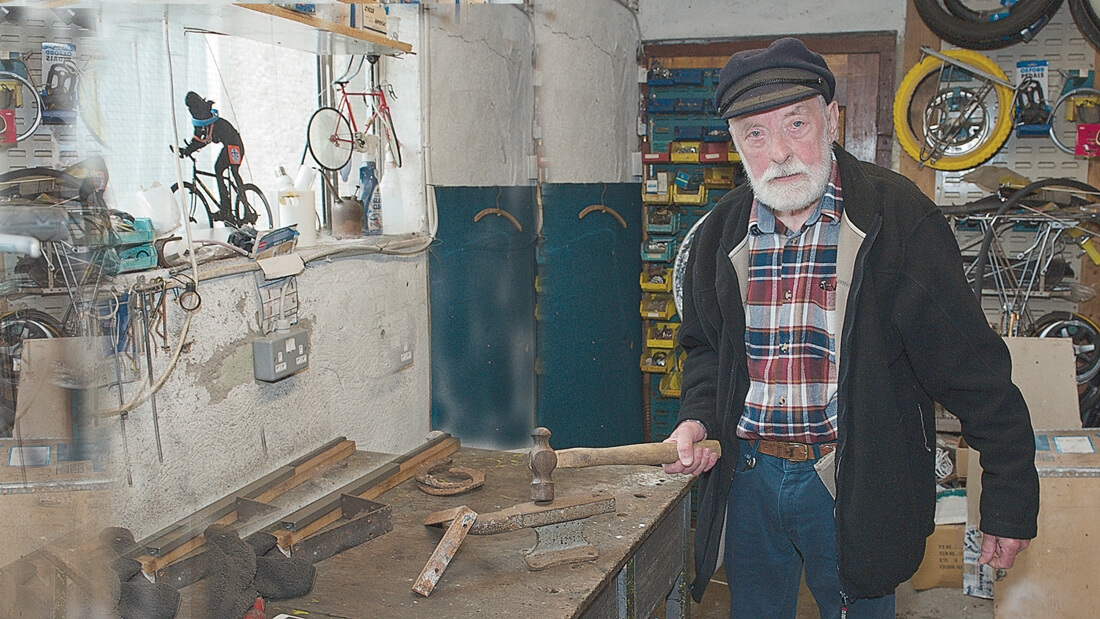 Tracking down the history of trams

THIS week we take a step back in time with Rathfarnham native Billy McDonald who has an original piece of track from when the old tram made its way from Terenure, through Templeogue, up Main Street in Tallaght Village and onto Blessington.

The Blessington tram made its last journey in 1932 and has for the past 87 years been confined to history books – with a number of locals also keeping its history alive through storytelling and recollections passed down from parents and grandparents.

However, the history is very real for Billy McDonald (76), who owns a piece of original track – the track was made into an anvil by his father William McDonald.

Born in 1899, William McDonald lived in Butterfield Avenue in Rathfarnham with his wife Mary – and together they had three children, Teresa, Billy and Claire.

As a young man, William was a tram fitter, or a stream fitter as his son Billy said they were more commonly known.

“My father was basically a mechanic for the tram – he looked after any breakdowns,” Billy said.

“In 1932 when the tram closed down, my dad, who was 33 at the time, cut a piece of spare track into small pieces and made anvils . . . which were used at the time in forges, as a forging tool.

“I’d say there’s a few of the anvils dad made still knocking about.”

According to Billy, his dad William gave the anvils as mementos to a number of men who had worked the tram, and believes that other local families could also be in possession of one of these little pieces of history.

And, this piece of history came in handy over the decades for Billy who, after spending some time with the Inchicore Railway Works and machinery distributor Blackwood Hodge, set up his own bike shop on Taylor’s Lane – called Billy Mac’s Bikes.

“Over the years the anvil came in handy doing a few little jobs,” Billy told The Echo.

William McDonald’s job reference on May 8, 1933 from his Engineer and Manager after the route closed in 1932

“I think it is an important part of our history, both the history of the tram and forging . . . in those days everything was forged.”

Billy also has a copy of the reference his dad William got from the tram company when the route closed in 1932.

The history of the tram will also be brought to life at this year’s Tallafest on June 22, when a replica tram will be situated outside Molloy’s.

The 100-year-old replica tram has been secured by Tallafest organisers TCC (Tallaght Community Council) in conjunction with volunteers in the National Transport Museum in Howth.