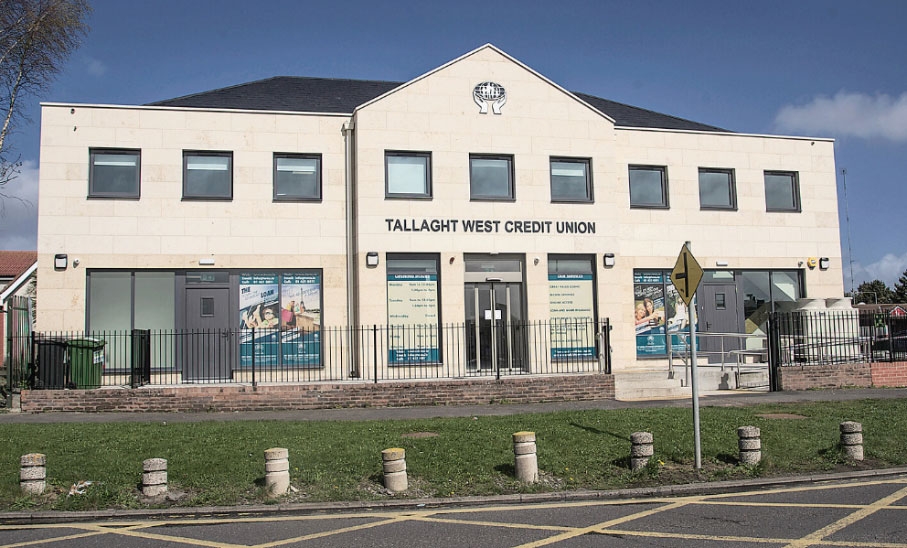 ONE year on from a major investment at the Tallaght West Credit Union (TWCU) building in Springfield, the branch has now for the first time, expanded it’s common bond area to include the Citywest and Kingswood Cross areas.

Incredibly, TWCU is the only financial institution serving it’s catchment area with a population of approximately 60,000 people, of which over 17,000 are members of the branch.

The branch discovered many second generation customers have moved to areas where there is no bank or credit union, and decided to expand their common bond to cater for this growth.

Darren O’Neill, Manager at TWCU, said the addition of Citywest and Kingwood Cross areas in January, follows on from a €2 million refurbishment at the standout two-storey branch premises last year.

“We saw that refurbishment as an investment, a statement of intent, and a sign of confidence in the community. It is built and owned by the people in the community. We have local volunteers on our board of directors and local staff. It is a people run and owned credit union.”

TWCU was established in 1982, when the area was in it’s infancy.

“It was one of the last credit unions developed,” said Mr O’Neill.

“It was a very young area at the time. We celebrated our 35th anniversary last year. This year, we’ve added Citywest and Kingswood Cross to our existing common bond that includes Killinarden, Jobstown, Springfield, Fettercairn, Kiltalown and Belgard.

Last year, TWCU had over €42 million in member savings and last year lent €10 million in new loans into the community.