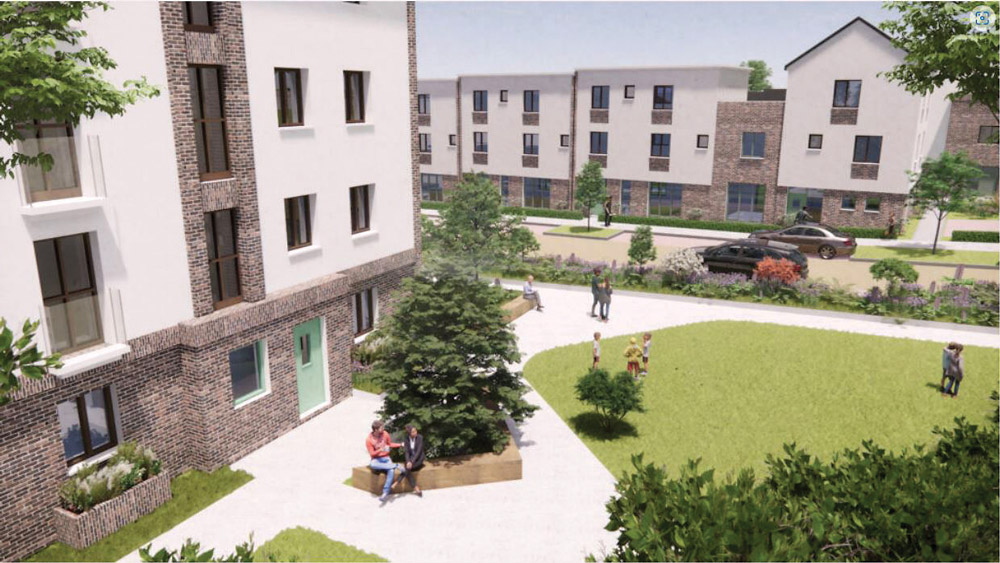 An artist’s impression of the sites in Rathfarnham and Palmerstown

TWO large-scale residential developments, one in Palmerstown and another in Rathfarnham, have been refused planning permission.

Both proposals were submitted separately as Strategic Housing Developments (SHDs) through the fast-track planning system which allowed them to apply directly to An Bord Pleanála.

The Palmerstown development for 144 build-to-rent apartments was submitted by AAI Palmerstown Limited and drew concerns from the local community.

The proposal for the Orchard Gate development at units 64 and 65 in the Cherry Orchard Industrial Estate would not offer “any real solutions to already-existing problems in Palmerstown” according to a local political activist.

Workers’ Party representative David Gardiner, speaking last January, said: “This plan is the third of its kind to be proposed for the area in recent years, none of which have offered any real solutions to already existing problems in Palmerstown.

“There is already a huge traffic problem in the area, particularly along Kennelsfort Road. 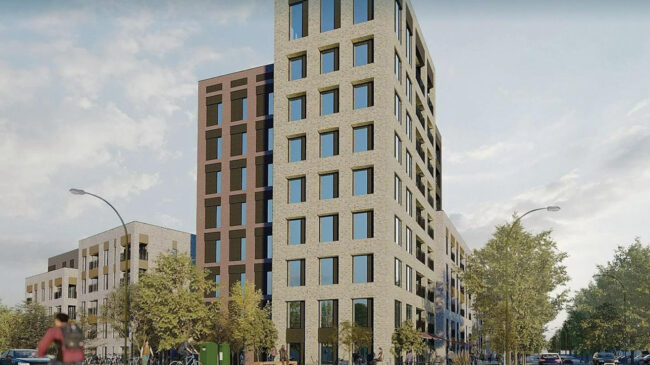 An artist’s impression of the sites in Rathfarnham and Palmerstown

“Where are the plans to deal with the hundreds of extra cars that the plan could bring. Similarly, what impact will these developments have on access to schools, to childcare and to doctors?”

The proposal included the construction of three apartment blocks, ranging in height from three to nine storeys.

On June 27, An Bord Pleanála refused permission for the Orchard Gate development as it stated that buildings above five storeys in regeneration sites need to be the subject of an approved Local Area Plan or planning scheme.

As the subject site does not fall under either planning schemes, the appeals board said the application materially contravened the County Development Plan and could not be granted permission.

Elsewhere, plans for 170 residential units on lands at Kilmashogue House and Coill Avon House on Whitechurch Road in Rathfarnham have also been refused permission.

The proposal for the Edmondstown SHD lodged by BCDK Holdings Limited and Coill Avon Limited included the development of 72 houses and 106 apartments.

On June 30, An Bord Pleanála refused permission for the development on a number of grounds.

These grounds include concerns that the site is “in an area which is remote and isolated” and “not in line with the orderly expansion of the settlement”.