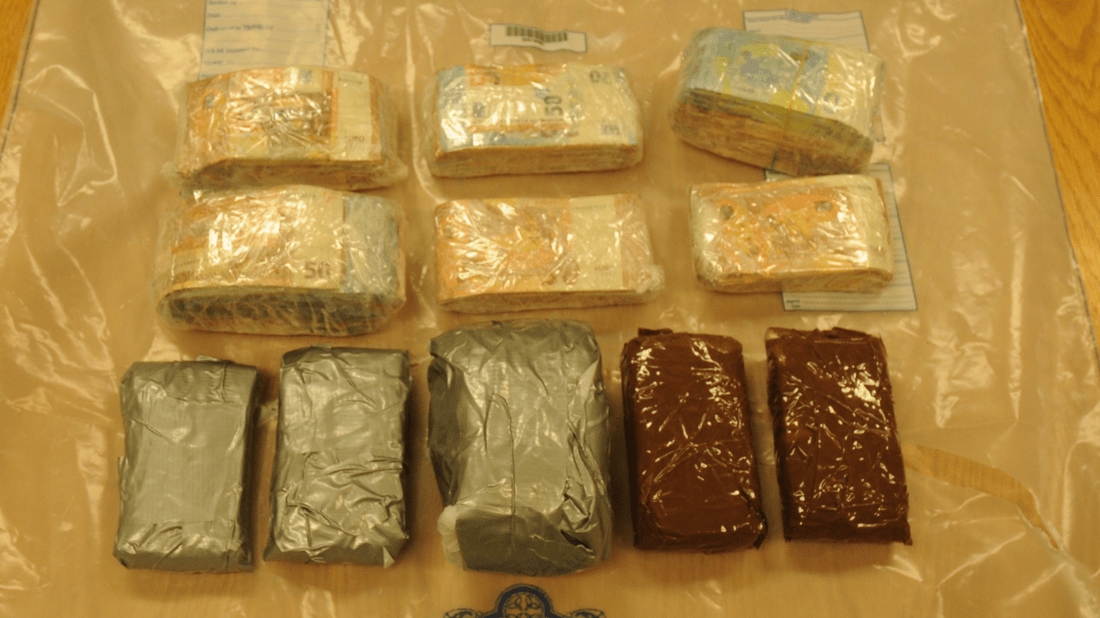 TWO men were arrested after gardai intercepted a vehicle on the M4 motorway this morning -  seizing approximately €200,000 in cash.

As part of an ongoing investigation targeting serious organised criminal activity, gardai attached to the Garda National Drugs and Organised Crime Bureau (GNDOCB) intercepted a vehicle on the M4 motorway at approximately 7.30am.

Gardai conducted a search of the vehicle and its occupants, during which cash to the value of €200,000 (subject to counting) was seized.

Two men, aged 24 and 47, were arrested for the offence of money laundering pursuant to Section 7 of the Criminal Justice Act.

Both men are currently detained under Section 4 of the Criminal Justice Act, at Lucan Garda Station.