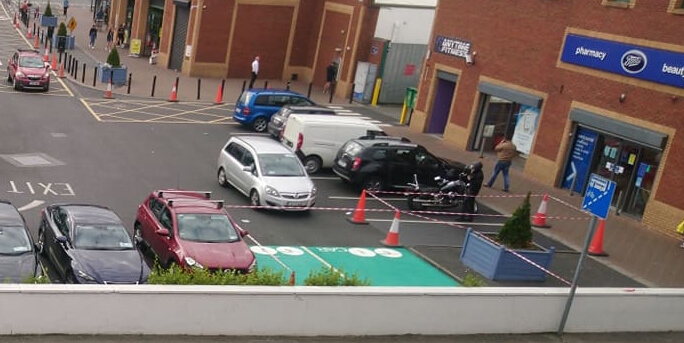 TWO spaces for car sharing company GoCar were installed this week at The Mill Shopping Centre in Clondalkin.

It follows a partnership in 2017 between South Dublin County Council and the Irish company, which saw seven on-street bases established in the county as part of a pilot car club.

The GoCar spaces in The Mill Shopping Centre carpark

Since then, additional GoCar spaces have been installed around the county.

“Car pooling and sharing schemes are great for those who don’t need a car day to day and only need one for weekend trips or shopping,” he said.

Launched in 2008, demand for GoCar has increased in recent years.

The company expect to grow their fleet to 1,200 cars by the end of this year, and hope to expand to up to 5,000 cars nationwide.

They have signed deals for hundreds of parking spots with developers of new buildings around Dublin.

With pay as you go pricing and no subscription charges, it’s ideal for people who only need occasional access to a car but don’t want to own one.

GoCar rates vary from €9 per hour to €13 per hour for a transit van.