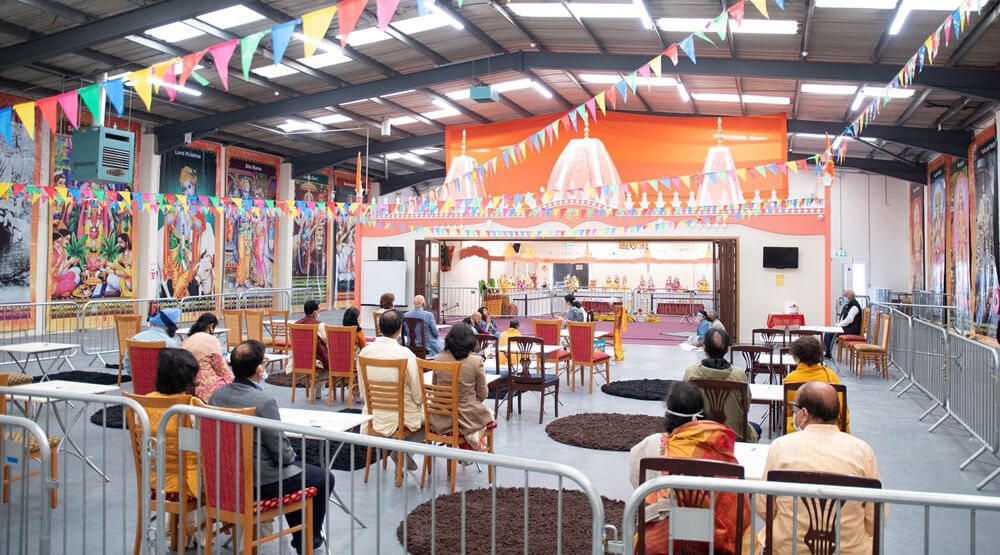 IT TOOK a while to come to fruition but the first Hindu Temple for Ireland opened it’s doors for the first time recently – nine years after planning was first approved for a similar centre in Tallaght.

Although planning permission was initially granted in 2011 for a Hindu centre in Cookstown Industrial Estate, the proposal did not work out.

The Hindu Temple  in Walkinstown

Sudhansh Verma, Director of Vedic Hindu Cultural Centre Ireland (VHCCI), was involved in the plans for the Tallaght centre, but is delighted that there is finally a Hindu temple open to the public in Ireland.

“We bought the Walkinstown building in 2015 but it was closed as we were getting it ready. It opened finally on August 22.

“It is funded by people, there is no grant, so it took a while to get there,” said Sudhansh.

Although the centre grew in numbers with the influx of more Hindus and people from Mauritius and Bangladesh to Ireland, the venue moved from building to building, renting out one hall or the other.

Covid-19 has affected the activities at the new centre in Sunbury Industrial Estate in Walkinstown, which for now, insists on visitors booking before calling over.

“It is booking only, we can only have 50 in the room at one time, that is the lay of the land,” said Sudhansh.

“It is challenging for the community because we have been waiting for so long. There is daily chanting of mantras between 6pm-7pm, but at the weekend it is larger 12 noon to 6pm, so more people can come.”

Sudhansh estimates there are approximately up to 25,000 Hindus in Ireland, judging by close to 15,000 Hindus in the 2016 Census, and the addition on students and staff into the country.

“Particularly IT and nursing employees, and of course you have a lot of kids now who are born in Ireland,” he said.

The temple is only one part of the “cultural centre” according to Sudhansh, who says there will also be classes in yoga, meditation, a library and a school where Hinduism can be studied, along with “inter-faith activities”.

“The next project will be to plant 20,000 trees in Wicklow. We should all contribute to this land, but that will be down the line once our operational costs are sorted.”