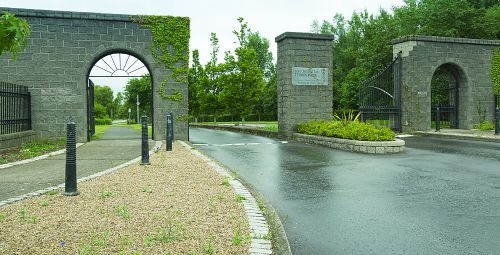 PLANS for a new playground at the Tymon North end of Tymon Park are expected to be presented to councillors in November, and will be followed by the tendering process for the development.

The new playground, which will be located to the right of the existing car park at Tymon North, has been in the pipeline for almost a decade.

Michael Hannon, Senior Executive Parks Superintendent of South Dublin County Council spoke to The Echo and confirmed that plans for the playground are still set to go ahead next month.

Mr Hannon told The Echo: “We hope to present the draft plans for the playground to councillors in November before drawing up the tender documents.

“Most likely the plan for the playground will be delivered in three different phases over the course of three years, allowing each phase to settle and then see how the community is reacting to it.

“The original plan was fairly ambitious, and we envisage that this plan will be as ambitious as the previous one.
“There’ll be a lot of natural play incorporated into the design and the forestry in the area will be a part of that, including mounds, trees and shrubs.

“It’s expected that it will cost in excess of €100,000 to get the process started, but the overall cost remains to be seen.

“With the playspace programme, the tendering process is different for each one, some are reasonable and then some are higher cost – other playgrounds in other local authority areas have cost over €400,000.

“We have to live within the budget, but it’ll be in the capital programme with construction work beginning in 2016 in time for the summer months.”

As previously reported in The Echo, plans for the new playground at Tymon North had been delayed due to “lost focus” on developing the playground, with focus on the five-year playspace programme currently taking place across the county.

This included €85,000 of funding raised through the Sports Capital Programme for the playspace at Wellington Lane and Limekiln.

Mr Hannon also said that the Wellington playground is “in need of an upgrade” in the near future.