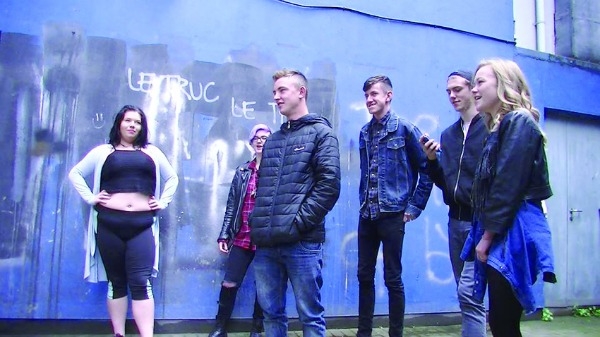 Written and directed by Chris O’Rourke, the play is a coming of age drama that revolves around a group of nine young people, following them across a single night.

The play was put together in collaboration with the cast, who used experiences from their own lives as bases for the incidents that are dramatised on stage, including a session in the grounds of an abandoned church, fights, relationship drama, and a visit to a 24-hour fast food restaurant.

The Unknown Theatre was born out of Ballyfermot Youthreach, with the students taking part having no previous experience in drama – or even been to a production of a play.

‘If Walls Could Talk’ is their second production, after Streets and Stories, a similarly themed play exploring the trials of three girls planning a night out, a single mother, and two homeless people.

The play debuted last year at The New Theatre on Essex Street, whichpartnered with Ballyfermot Youthreach at the beginning of the project in 2012, providing them with rehearsal space and dates to perform both plays.