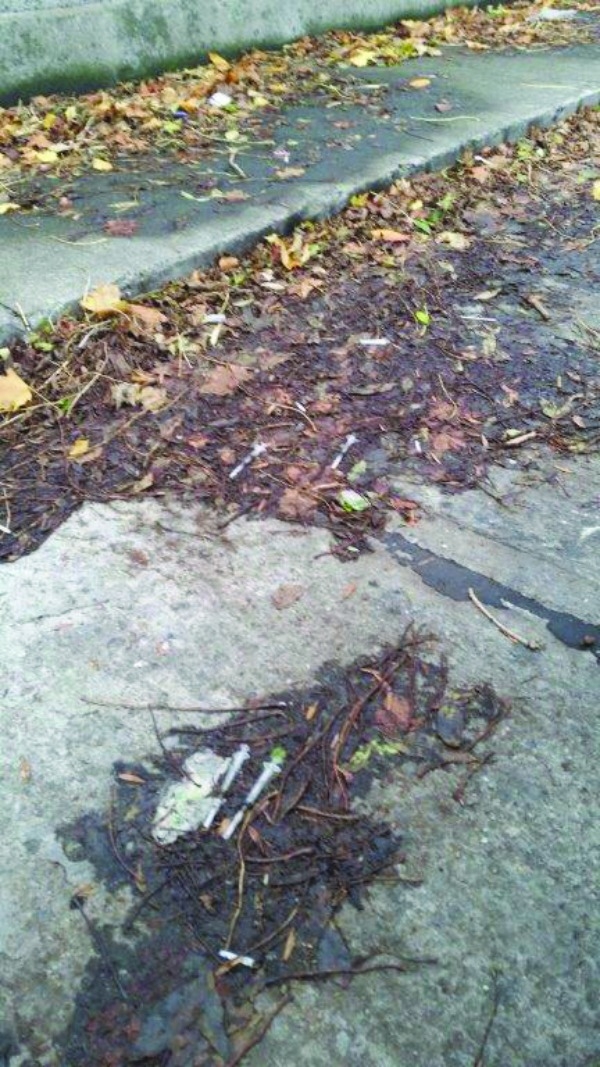 A NUMBER of syringes were found recently at Lynch’s Lane – in close proximity to a cluster of Dominican schools.

Sinn Féin councillor Daithí Doolan was contacted by a resident and immediately called gardaí to ensure the needles were removed.

An alert member of the neighbouring Ballyfermot Resource Centre was quick to remove the needles – which were then collected and disposed of by Dublin City Council.

Cllr Doolan said: “It is unacceptable that people leave needles anywhere, particularly irresponsible beside a school. They posed a health and safety risk.

No syringes were discovered at the lane this week by The Echo, but evidence of tin-foil and lighters at the site indicates heroin use.

A spokesperson for Dublin City Council said: “DCC received a report of syringes left on the ground at the bottom of Lynch’s Lane on the November 10, and sent cleansing staff to the area to remove them within the hour.

“No syringes could be located. The next morning we again double-checked the area for syringes and again none could be located however while our staff member was searching the area he was approached by a member of staff from the resource centre who advised that they had already removed the syringes themselves and had them secured in a sharps box.

“DCC collected the sharps box and arranged for it to be disposed of in the normal manner.”

The local DCC Inspector for the area reported this is the first occasion that the local authority have been requested to remove syringes from this location.