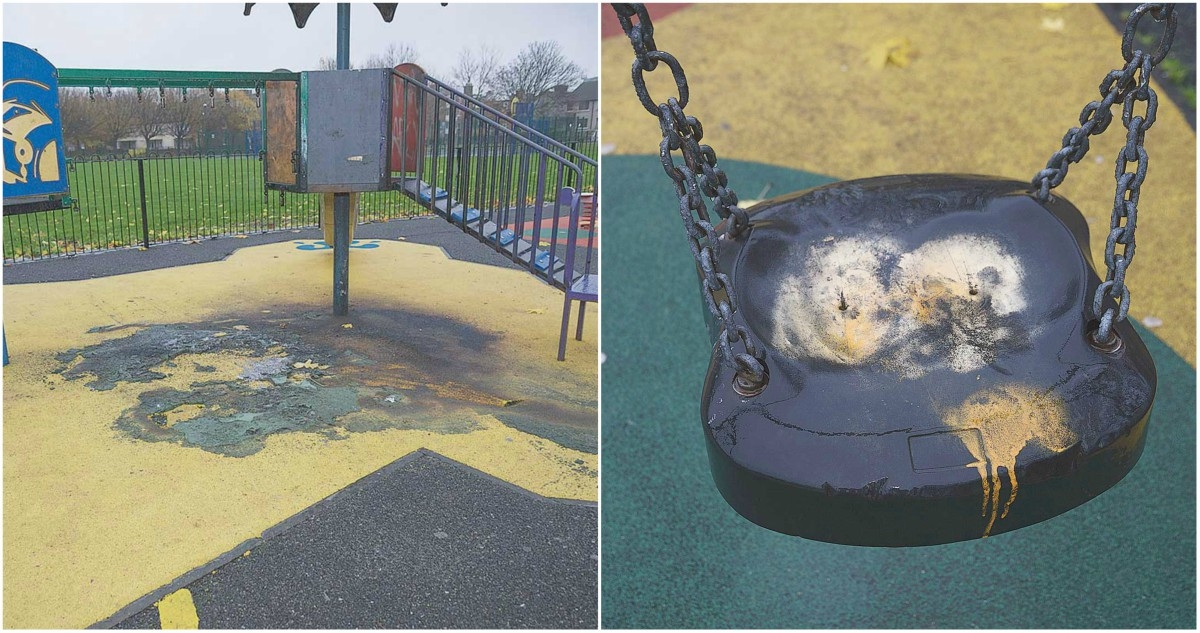 Vandals cause €6K worth of damage to playground

VANDALS destroyed part of a playground in Bluebell, which was only installed last year at a cost of €270,000.

The Le Touche playground in Bluebell, was damaged after vandals set fire to wheelie bins, which in turn burned a section of the new facility.

Cllr Norton said: “I seen, via social media, that there had been a fire in the playground in Bluebell. After speaking with residents, it became clear that this was due to wheelie bins, which were stolen and then burned.

“Through further discussion and after visiting the playground with TD Brid Smith, we met with one resident Brian O’Toole, who got the funding for this playground only a year ago.”

Speaking at the area meeting, Cllr Norton said there has been a recent rise in anti-social behavior in the community, including along the canal.

She said consultation with the community is key, and requested “immediate inter-agency intervention” to allow residents to manage their community.

In response to Cllr Norton’s queries, a Dublin City Council spokesperson said the estimated cost to fix the damage is €6,000.

“The only way DCC can commit to fixing the playground is if the residents and users of the playground, along with the Bluebell Environmental committee and community groups, will work together and strategise on how this can be prevented in the future.”