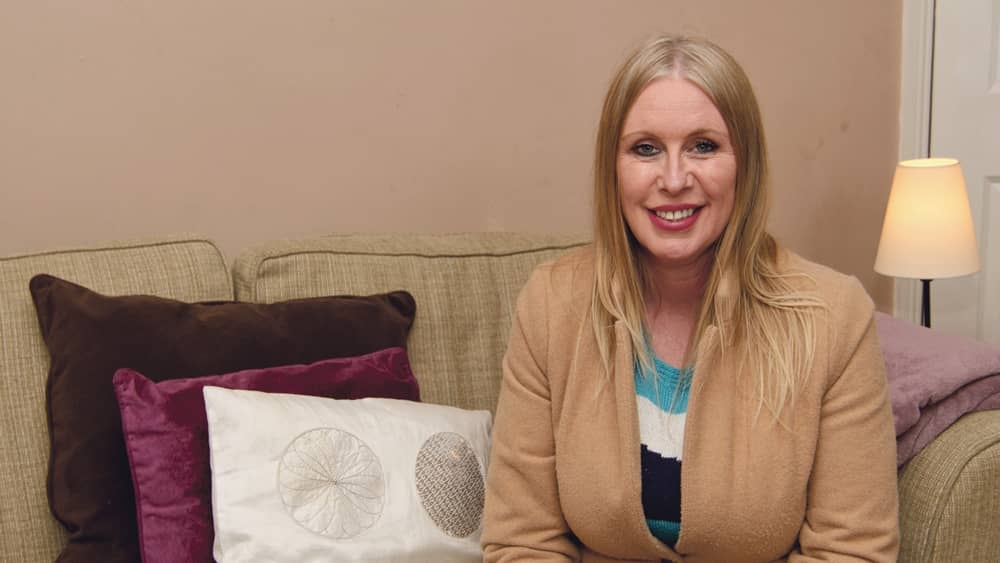 A VOLUNTEER for a local homeless service said she was “overwhelmed with emotion” after receiving a powerful poem dedicated to her from a homeless man that she had helped.

Karen McEvoy from Voluntary Independent Service Tallaght, (VISIT), a homeless service in Tallaght, said that she “can never thank Peter enough” after he penned an emotional poem thanking her for saving his life.

“Our relationship is a very special one. I met Peter about eight years ago, obviously, he is homeless, and we just had a great connection and I have always supported him,” said Karen.

“I just think that there was a huge amount of encouragement maybe on my behalf towards him and I was kind of the person he would come to.

“I put encouragement around him so he can actually live a life without addiction, and I would show him pockets of that from time to time.

“I think it was just that that inspired Peter, that somebody actually believed in him, and I did.

“There was never any judgement on my part. I humanise people – they are human beings and I look past addiction to the person, always.

“No matter what their background or why they came to living on the streets, it’s irrelevant to me.

“I suppose now that he has come from a place where he had very clouded judgement about life and about himself, he thought that the streets were maybe all that he had, and I think he just sees things differently – he has gone from cloudy mind to clarity.”

Karen saw the poem after a friend had rang her in tears telling her she needed to see it on the VISIT Facebook page, and it came as a big surprise.

She said: “I was just so shocked, I had absolutely no idea. Peter has been in treatment for the last nine months although we have kept in contact and we saw each other at Christmas, we went out for dinner together, I had no idea that this was coming.

“He had contacted one of the other volunteers to tell her that he wanted to put it up on the VISIT page for me.

“I don’t think I slept that night anyway. I had no idea that he viewed me that way. It was huge, I was very honoured to receive it and very emotional about the whole thing.”

Karen has been working with the homeless people in Tallaght for the last eight years, providing food, clothes and toiletries to those in need. Although these are all important, Karen says that it is the emotional support that she provides that means the most.

“I mean, all of those things are great and they keep them alive but I think the emotional side of things is what I offer, without even knowing it, but just to be there for a chat for a non-judgement view of whatever they are going through, I don’t offer advice but I am just there to listen,” Karen explained.

“VISIT started about eight years ago and basically it was just to provide food for the homeless. It used to run Monday, Wednesday, Friday and obviously with the amount of people who presented themselves as homeless on the street, I increased that service up to seven nights a week, because it is needed.”

In addition to providing the outreach service, Karen does a significant amount of work for the community, which has grown to a “monumental level”.

“This could be my full-time job, and overtime.

“I would link in with a lot of services to help families around their needs in terms of clothing, nappies or formula for children and then I help a huge number of families within the community with food hampers, and that’s what I am currently doing at the moment,” she said.

“I get a massive volume of calls in regard to that, so what we do is we try to provide food hampers, vouchers for LIDL or wherever to do shopping and we give them a voucher from our local butchers to provide a meal for their children.

“We also help with back to school, if the children need uniforms or books and I try when I can to pay a bill for a family who are struggling.”

For more information about VISIT, you can find out about their services on their Facebook page..