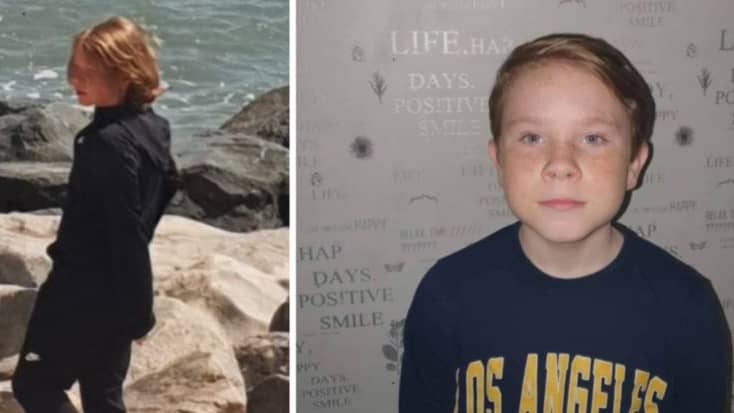 Brave Callum grows his hair to donate to charity

A MOTHER says that she is “unbelievably proud” that her son decided to grow his hair out in March 2020 to donate it to be made into wigs for children with cancer.

Michelle Kinehan says her 12-year-old son Callum has stuck with his pledge despite being bullied and teased for growing his hair.

On the way to almost 10 inches to date

Michelle said: “When he made the announcement to me, I was unbelievably proud of him. I thought this might be a thing for a few days or weeks, but I went with it and encouraged him in doing so.

“I took his photo and posted it on my Facebook page [explaining] what his intention was and that I would set up a fundraiser for donations to be raised for Laura Lynn in addition to him growing his hair.”

Michelle, who lives in Fettercairn, says her son Callum has some developmental issues and tends to gravitate towards those younger than him. She describes him as “a sweet boy, not perfect but very thoughtful and kind to children younger than him”.

Callum’s hair has been growing for the past 14 months and has almost reached 10 inches long, which is almost long enough to donate but Michelle says that this achievement has been overshadowed by bullying, name-calling and teasing about the length of her son’s hair.

“He is doing a great thing and he doesn’t realise it himself and he is getting a little bit of stick for doing it in school and on the road when he goes out to play,” explained Michelle.

“He comes in and he has gotten a bit upset once or twice now. He came in two weeks ago and said, ‘Mam will you cut my hair?’ – he said he was being called names.”

Michelle says she has encouraged Callum to keep going and persevere despite the teasing, telling him that his contribution will help a child that is going through a very tough time.

Michelle added: “He wants to do such a selfless thing for children going through the worst pain and time in their lives that no child should have to endure.

“He has come so far to give up now because of what other children have said.

“I’ve told him he knows in his heart why he’s doing this and that’s all that matters and to be proud of himself for doing it.”

If you wish to donate to Callum’s fundraiser you can do so by going to: Laura Lynn