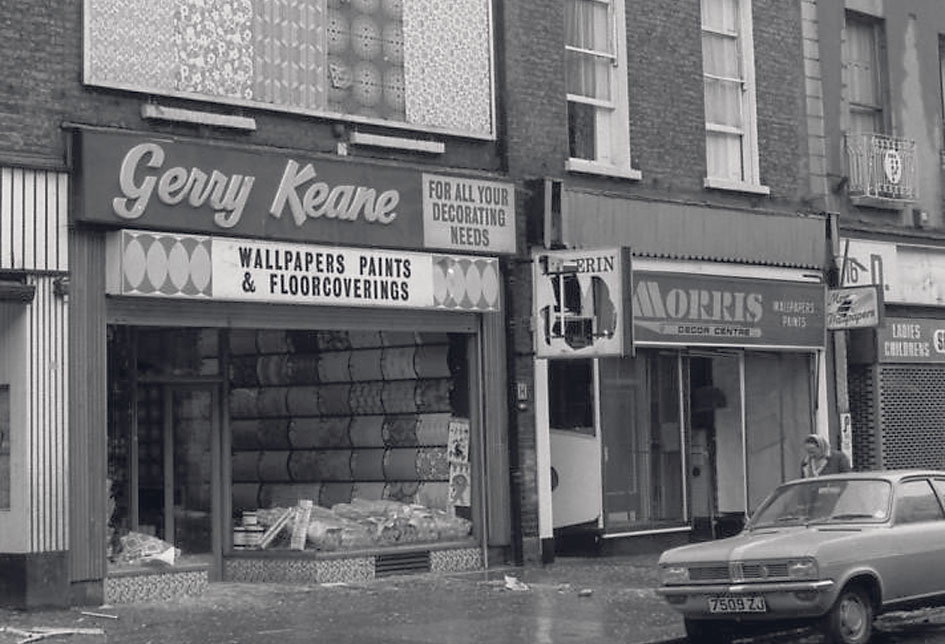 NOT many specialist stores have survived the megastore age as the Walmarts of this world stock everything and anything under one roof, signaling a death knell for thousands of corner shops.

One such specialist store that has lasted the test of time is Gerry Keane Wallpaper – a family business established by Rathfarnham man Gerry Keane in 1972.

Gerry opened his first store in Talbot Street, which famously survived the Dublin bombing in 1974, albeit losing their shopfront windows to the blast.

Building up a strong network and adapting to trends has allowed the business to thrive, so much so that in the last year, they expanded to open a new superstore in Dublin 12.

Gerry Keane Ltd is still very much a family business, Gerry and his three sons, Eamonn, Alan and Derek are all involved, along with Billy and the Corr family in Talbot Street.

Speaking to The Echo, Eamonn said the store retains a special place in customers’ hearts as “Dublin’s favourite wallpaper shop”.

“We have been keeping up with the latest trends in colour and design for over 45 years. In that time we have worked with over 20 factories across Europe to provide the widest range to suit all styles at the very best ‘direct to the customer’ prices.

“It is amazing that only 20 years ago there were over 20 wallpaper stores in Dublin, but now there is only one wallpaper stockist in the city centre.”

Whilst wallpaper may not be as widely used as it once was, Eamonn says there has been a “sudden resurgence in design and colour.”

He continued: “It would seem that customers have got bored of the minimalist look and are now shopping for feature walls, modern geometric patterns, complex textured finishes – including glitter walls and vintage style statements – all of which have re-invigorated the industry and led to the production of ever more adventurous designs.”

“It has been our warehouse/distribution centre for the last 17 years and has good access to the Nass Road and M50, with plenty of parking,” said Eamonn.

“So we decided to open a state-of-the-art shop showroom, offering the best range in Ireland, including the best value bargains to the very best deep engraved luxury vinyls in the world, all at accessible pricing.

“Whether you are looking for the latest 3D Brick effects or beautiful heraldic vinyl damasks, we hope to be here to look after you for another 45 years.”