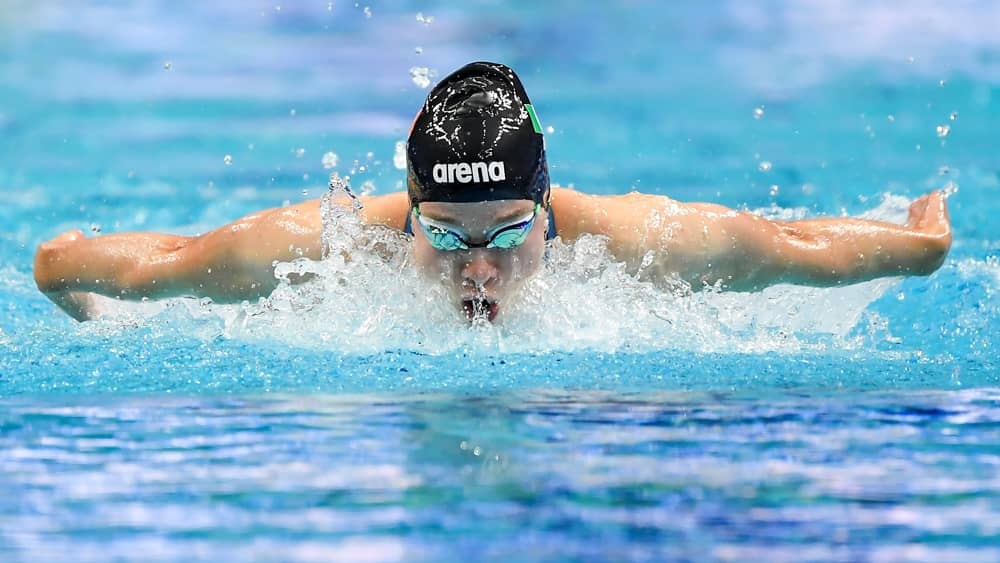 ELLEN Walshe was part of the Ireland Mixed 4x100m Medley Relay team that set a new national senior record at the LEN European Aquatics Championships in Budapest, Hungary this morning.

The Templeogue swimmer combined with Shane Ryan, Darragh Greene and Danielle Hill to finish in a time of 3:49.08, subsequently bettering the previous record of 3:52.38 that had stood since 2017.

The primary goal for Ireland at this event is to qualify a relay team for the Olympic Games for the first time since 1972, and so far every relay team that has competed at the Duna Arena has swum at least one new Irish senior record time.

Indeed Walsh and co became the fifth Irish relay team to set a new Irish senior best at these Championships.

In doing so, the quartet finished 13th in Europe, emerging from these championships in the top half of the biggest relay field.

Ireland will have another chance to advance medley relay chances for Tokyo 2021 when the Men’s and Women’s teams line up in Budapest on Sunday.

Prior to that, Tallaght and National Centre swimmer Niamh Coyne will be out in the heats of the Women’s 50m Breaststroke on Saturday.