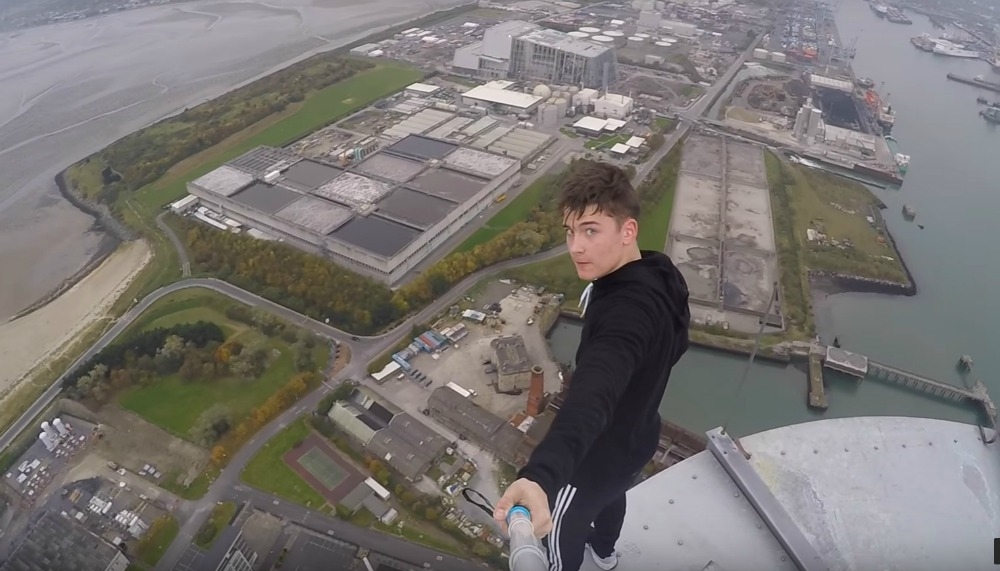 Video footage of a young man risking his life to climb the famous Poolbeg chimneys has emerged, with the self-proclaimed adventurer using no safety harness or equipment.

The video shows the man climb around security fences and make his way through the old power station before embarking on the 207 meter climb to the summit of one of the chimneys.

The site of the old power station is monitored by security, which has since been increased, but it seems the young adrenaline junkie was able to evade detection.

The incident has also been reported to Gardai, but because the man was only visiting Dublin on holiday, it is not known whether there will be any further action.

The ESB has urged others not to attempt the terrifying climb.

NEWER POSTPenneys in Liffey Valley is finally open and people are freaking out!
OLDER POSTTakeda expansion will see 40 new jobs coming to Clondalkin