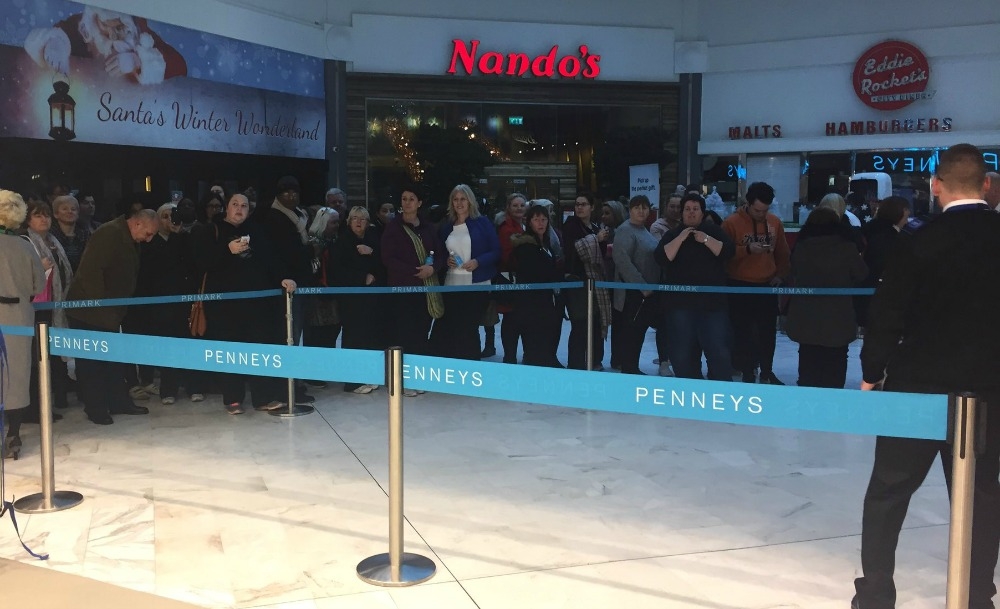 Penneys in Liffey Valley is finally open and people are freaking out!

Today is the day! Penneys in Liffey Valley has finally opened its doors, and hundreds of people who have been queuing since the early hours are currently getting their first look at the new store.

Employing 386 staff, the new shop is the company’s 37th store in Ireland, and will comprise of 53,900 square feet of retail space.

Across social media people have been snapping pics of the long queues, the latest fashion on offer and much more.

Here is the best of what Twitter has had to offer as people went a bit crazy ahead of the grand opening.

A little sneak peak inside @Primark at #LiffeyValley ! Doors open at in less than an hour! #Penneys pic.twitter.com/RU6FpT79uo

They be banging out the tunes for Penney’s opening day in Liffey valley! #penneys

There’s a queue for Penneys at Liffey Valley now. At 8:07am. They don’t open for another hour and a half.

3 packed 40 buses are on there way to Liffey Valley. You’d swear we’d never seen a Penneys before

Waiting for a Penneys in the Square pic.twitter.com/Q4Vbq3xooI

NEWER POSTLexie and Sarah had the best time ever on the Late Late Toy Show
OLDER POSTWATCH: Young man risks his life to climb Poolbeg chimneys