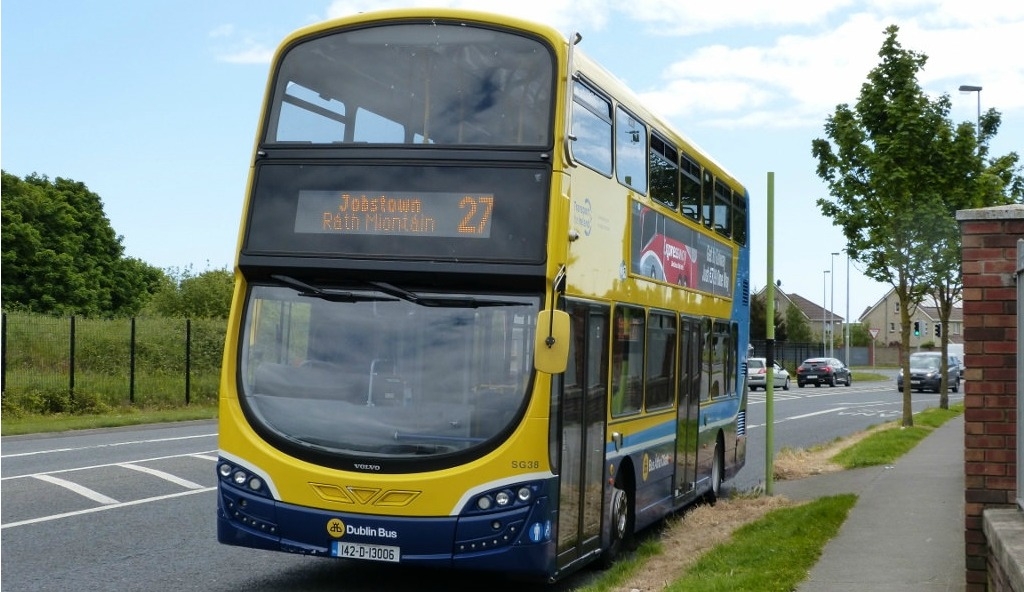 “We’re being left in middle of road with small children”

Dublin Bus has been urged to engage with children in the community in Tallaght as a possible solution to the growing number of anti-social incidents.

Dublin Bus management, at last week's West Tallaght Local Policing Forum, made a presentation to the community and urged residents to dissuade youths from engaging in missile-throwing, scutting and other forms of anti-social activities.

As The Echo has reported, the number of attacks on buses has risen this summer, forcing Dublin Bus management to curtail buses and deal with unions threatening to withdraw from the area.

“We want to ask you that it’s your service,” Mr Larkin said. “Tell the kids, ‘Look it could be you that’s travelling on the bus. Or it’s the driver that gets the stone thrown in the eye and puts you, as a passenger, at risk’.”

“No one wants to say at seven in any evening that they have to walk from The Square to Brookfield, or Jobstown.”

However, residents in Fettercairn feel that they are being wrongly penalised for anti-social behaviour, following Dublin Bus’ decision to terminate targeted bus routes at The Square.

One woman said: “We’re being left in the middle of the road with small kids and kids with mobility issues. We’re being discriminated against on our end.”

One man stated that he believed that there was less incidents occurring on the Cheeverstown Road that serves Fettercairn and questioned why buses were being terminated in ‘hot zones’ in Jobstown such as Molly Heffernan’s pub, rather than avoiding the area entirely.

One woman who attended the meeting said people had to wait at the bus for an hour or more in all kinds of weather conditions.

She asked if there could be information on bus curtailments on Real Time signs, similar to incident reports that are at Luas stops.

Several attendees at the meeting called for parents to be fined for anti-social acts committed by their children to act as a deterrent.

Sinn Féin councillor Louise Dunne added: “Dublin Bus is getting a lot of slack. If I was a bus driver and was subjected to stone-throwing, I’d be concerned with the safety of passengers and my safety.

“We know who’s involved. The council have a responsibility to contact the parents and tell them that their service is at risk.”

Residents involved in community activities also felt aggrieved that Fettercairn had not been given the use of a Dublin Bus for excursions for kids in the community since 2014.

“I have a couple of emails requesting buses from the events committee for day trips in the summer – every time we apply we’re told no,” one man said. “We apply in January, we’re told we’re too late.”

Paul Larkin replied that this was down to resourcing issues. He said: “We have two seat-belt buses for the whole of the city, which are required for children.

It really is difficult to get buses. Every part of Dublin is fighting for these buses.”

One woman, a member of the community centre committee, said: “We’ve been applying for three years for any kind of support. We want to provide the best summer project we can give – as an events committee, it’s frustrating.”

She said: “[Schools and Community Co-ordinators] Joanne Courtney is great but we feel like Dublin Bus has disengaged from the community.

“People have great respect for the work that’s done – get your face back into the community. I think it really might help.”