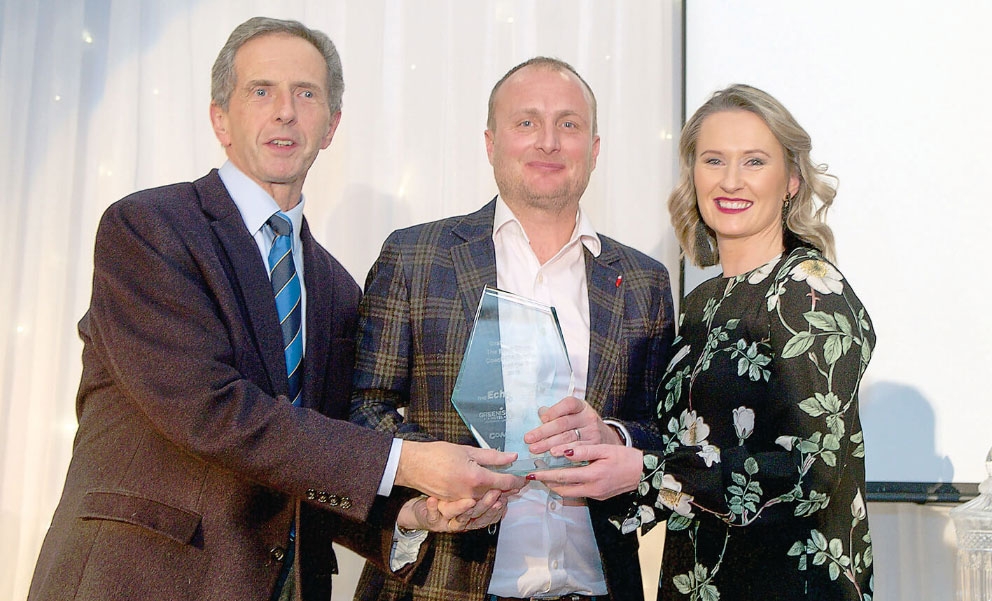 AFTER leading the Ireland Women’s Hockey Team to the World Cup Final in London last summer, Graham Shaw was declared The Echo Coach of the Year 2018.

Picking up the accolade in the Green Isle Hotel on Thursday night, the Firhouse man spoke of his pride in his players and their determin-ation to build on their World Cup silver medals as they bid for Olympic qualification in 2019.

“It’s a lovely feeling,” he said after picking up the award. “I’m very very proud of the achievements of the girls and I obviously I accept this award on behalf of the management team because the work that they do behind the scenes in trying to get these athletes ready to play, physically, mentally, tactically, is invaluable.

“Never in my lifetime did I think this [World Cup silver] would happen. I didn’t think we were structurally set up in our sport to make a World Cup Final, so yeah the achievement is incredible. It’s an incredible achievement by the girls and I’m very very proud to be a part of it.

“It’s a huge year ahead because we want to back it up. We don’t want to be one of these teams that does well in one tournament, so we need to back it up now.

“Olympic qualification in June 8 in Dublin here is really important to us. Yeah, so all eyes on June and we’ll take that challenge head on. Looking forward to it.”

Earlier in the night, Shaw told the gathering in the Green Isle on Thursday: “We’ve got to keep working hard, keep training hard, take every challenge now head-on.

“Next year we’ve got the Olympic qualifiers in Dublin which is fantastic. Hopefully we’ll be able to get a lot of home support.

“We want to keep creating history every year now- World Cup this year and hopefully Olympic Games next year. We’ve a real belief in the team now. They’ve been building for many many years now.

“Everyone thinks this is an overnight success. It’s not. In 2015 we topped our pool in the qualification for Rio, but just messed up and lost the cross-over.

“So, we beat many big teams in 2015 and we’ve continued to build since then, beating some top sides. Last year we beat Germany in Germany, beat Japan, beat Spain in the Spanish series in February, so we’ve been building and building,” he stressed.