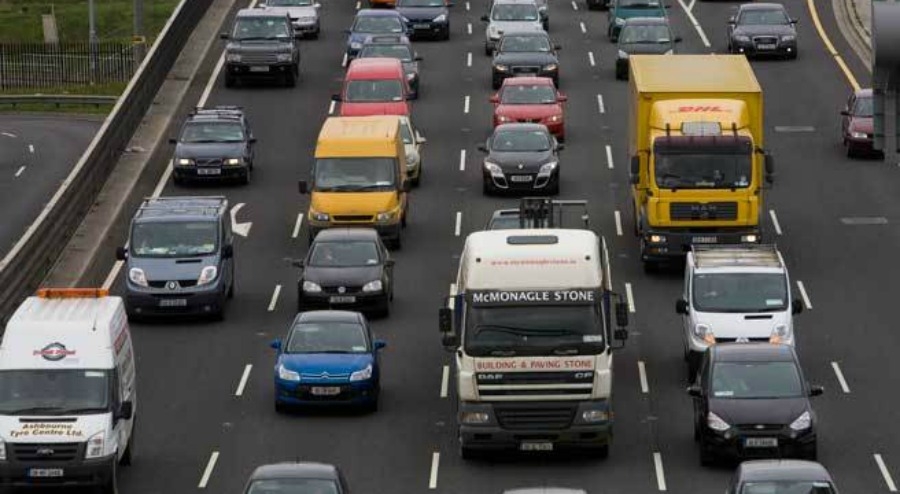 West Dublin is ‘creaking under the strain of traffic congestion’

The meeting took place in the Minister’s office on Merrion Street. The Capital Plan, published in 2015, set out a six-year framework for substantial infrastructural investment in Ireland up to 2021.

Total state-backed investment under the Plan will amount to €42 billion over the period.

The substantial progress made in securing sustained economic growth and the further strengthening of the public finances has enabled the Government to commit an additional €5.14bn in Exchequer Capital funding in support of the Capital Plan.

Of this amount €2.2bn has already been pre-committed to support the Government’s Action Plan on Housing and Homelessness, while in Budget 2017 the Government also allocated additional capital funding for 2017, with carry-over implications for 2018 and 2019.

Consequently, there remains €2.655bn of additional capital resources to be allocated over the period 2018-2021.

Cllr Lavelle told The Echo: “I wish to thank Minister Donohoe for meeting with me so I could put forward the case for much-needed investment in West Dublin’s transport infra-structure.

With a lot of counties outside Dublin campaigning for new roads and other transport investment, I felt it was important that somebody stood up for West Dublin.”

Cllr Lavelle says that West Dublin is creaking under the strain of chronic traffic congestion. He says the local road network cannot take any more traffic and neither can the M50.

Investment in public transport and in new road links is needed as a matter of priority.

Cllr Lavelle added: “When I met the Minister I made a strong case for investment in West Dublin transport infrastructure to be included in the Government’s upcoming new Capital Spending Plan.

“I think it is very important that somebody stands up for West Dublin. Minister Donohoe was very positive coming out of the meeting. He understands the issues and understands the need for investment. It was a positive meeting.”