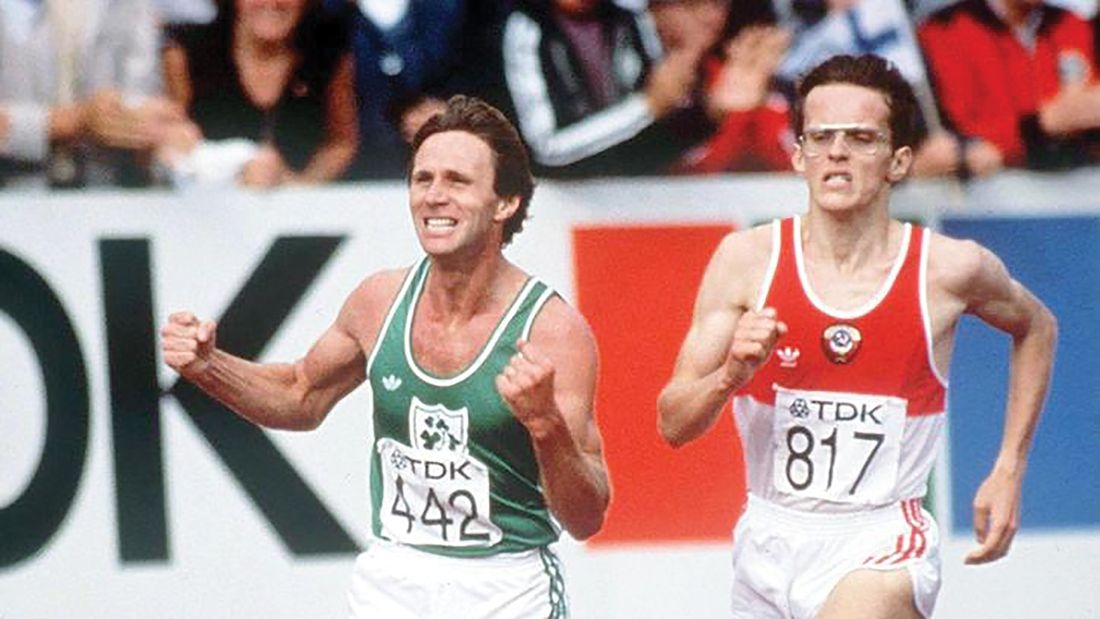 “When this all blows over, you’ll be stronger”- Coghlan

FORMER World 5000m champion Eamonn Coghlan insists the postponement of the Tokyo Olympic Games until July 2021 could work in favour of some of Ireland’s top emerging athletes.

A three-time Olympian himself, the Drimnagh man has urged competitors to remain positive and use the extra year to their benefit.

Speaking to The Echo, Coghlan said “It [the postponement of the Games] will probably help some more than they think it will.

“Some of the kids on the block who were just about knocking on the door, it gives them an extra year to go through the door in 2021.

“So my advice is don’t worry about it, just chill out, just go out to the fields and do your bit of working out right now. When this all blows over, you’ll be stronger, fresher mentally and physically, and you’ll have a better chance next year.

“So don’t despair. What’s another year as Johnny Logan sang.

“Be optimistic and take this as a time-out mentally and physically and come back stronger than ever before” he said.

Coghlan, who stormed to 5000m gold at the 1983 World Athletics Championships in Helsinki, is no stranger to the Summer Games, competing on that stage in Montreal in 1976, Moscow in 1980 and finally Seoul in 1988..

In his first Olympic appearance, he just missed out on the podium after finishing fourth in the 1500m only to suffer that same disappointment over 5000m in Russia four years later.

But the 1978 European 1500m silver medallist and 1979 European 1500m Indoor gold medallist scored the biggest achievement of his career when he crossed the line first in the World 5000m Championships in Finland.

“Winning that World Championship made up for previous disappointments and that told me personally that, hey yeah, I can do it on the World stage.

“The Olympic Games, once every four years, is just a mind-boggling experience for an athlete to try and get it right on the day” he admitted.

Among Ireland’s Olympic hopefuls is Templeogue’s Nadia Power, who, herself, believes the extra year will provide her with an opportunity to improve her world ranking and earn her selection for Tokyo.

The prospect of making the cut for the Summer Games this year was not so promising for Power despite a great season in 2019 that saw her win bronze in the Women’s 800m at the European Under 23 Championships in Sweden.

Yet, now with a further 12 months to improve her World ranking, she could well be knocking on the door of qualification by this time next year.

Another of Ireland’s hot athletics prospects is Tallaght’s Rhasidat Adeleke.

It is not certain if Tokyo is even on the radar for the double European Youth Olympic 100m and 200m gold medallist, yet many believe she will eventually be flying the Ireland flag on the Summer Games stage.