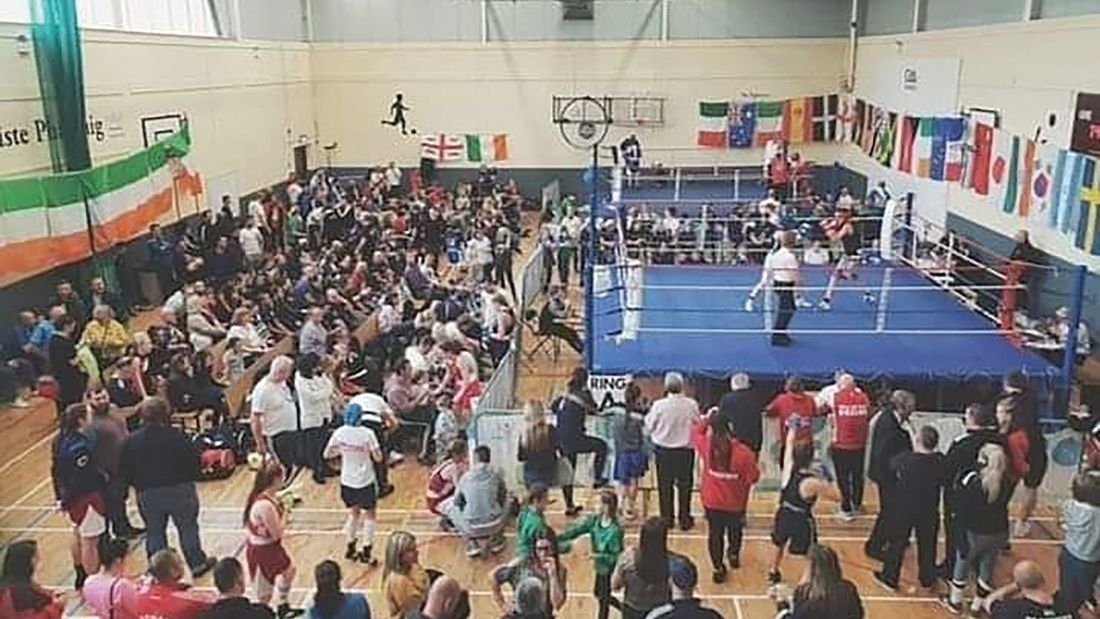 ESKER Boxing Club Secretary, Ed Griffin, spoke to The Echo about having to scrap their 2020 All-Female Box Cup and the severe effects that will have on the club.

The eighth annual Box Cup, which attracts hundreds of competitors from all over Europe, had to be cancelled due to the ongoing coronavirus health crises.

The tournament which usually takes place in October, attracted no less than 430 boxers from 18 countries to Lucan last season.

Yet Esker made the decision to cancel this year’s event following the IABA directive that no boxing related competition will take place until late September at the earliest, which consequently left too narrow of a window for the organisers.

“It was supposed to take part over the 9/10/11th of October but it’s just too much uncertainty and it’s too close” explained Griffin.

“The IABA are after bringing out a directive that no competitions are to take place until the end of September.

“One of the things about the All Female Box Cup is that it’s a massive fundraiser for us and we’re also missing out on a 300-ticket event we had for an Elvis show as well.

“It is tough times, but we just have to get on with it” he said.

Boxing is not expected to return until public health measures that were put in place to protect against COVID-19 are lifted in the fifth phase, on August 10.

Although that is the final phase in the government’s roadmap, social distancing measures will remain in place.

But Griffin does not believe that boxing, a full contact sport, can take place while there is social distancing measures.

“It says on the directive that the likes of rugby and boxing can return once social distancing is maintained,” he told The Echo.

“Boxing is perhaps the most intimate of any sport, the whole purpose is to hit people and touch people.”

“The IABA’s insurance has basically been cancelled until August 10.

“We were planning on getting groups of four together outside, but what if somebody falls and hurts themselves? They’re not covered, so we can’t really do much in that regard.

“I’d say we’ll probably lose a lot of boxers over it. It’s hard to hang onto them when they get into their teenage years as it is.

He added: “I’d say by the time there’s a vaccine that people will have changed their habits.

“I go around with 60 pairs of gloves and ladders to schools.

“Even in gyms they’d have a set amount of gloves for kids coming in and trying it out. Everyone is going to have to have their own gloves, that’s a prerequisite now.”

Griffin, who works as a Boxing Development Officer for Dublin City Council/IABA, is running classes every day and interviews a guest on Fridays all of which are available to view on the DCC Sports and Well-Being Partnership social media.

“We’re doing a class each day – I’m doing it with Oisin Fagan – from Monday to Thursday and then on the Friday I’m interviewing somebody different each week.

“It’s all aimed at people who don’t know anything about boxing, so it’s boxing basics classes for eight weeks and an interview on the Friday” he explained.