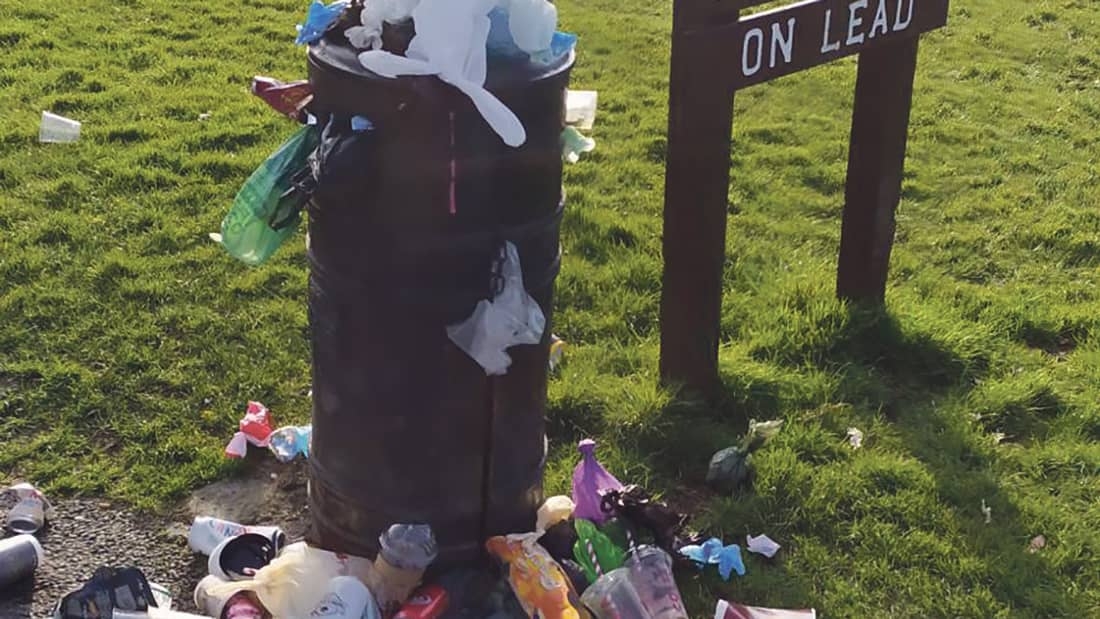 Why are overflowing bins in park not being emptied?

OVERFLOWING bins and rubbish strewn across a local park was a unpleasant sight for park-goers over the weekend, with questions being raised as to why the bins were not emptied.

With increased footfall due to weather improvements and current level 5 restrictions, local parks have seen a significant increase in the amount of rubbish and litter in bins.

Overflowing bins in Corkagh Park at the weekend

On Sunday, March 7 park-goers were shocked to find that the bins in Corkagh Park and Tymon Park had not been emptied over the busy weekend, as they were stuffed to the brim with litter.

Brian MacCormaic, one of the members of the local clean-up group ‘Friends of Tymon Park’ told The Echo that something must be done about the issue of overflowing bins.

“One of the big issues that we have had meetings with Councillors about is that the council are not paying overtime for the staff to come in on Sundays, and of course you have huge amounts of people in the park on Sundays.

“The bins are over-flowing, and they are not cleaned up. I picked up on my own last Saturday a bag of coffee cups and water bottles, so it wasn’t kids that are doing this, it was adults. This was Saturday mid-morning to lunch time and I left the bag full of things at the bin at the council depot coming up to lunch time and it was still there Monday morning, that same bag. That’s Saturday to Monday.”

According to Brian, when the bins are stuffed with rubbish, not only is it an unpleasant sight for those trying to enjoy a walk in the park, it results in birds and wildlife pulling out rubbish left sticking out of the bins and scattering it across the park.

Overflowing bins in Tymon Park at lunch time on Sunday

“If the bins are not emptied in the night-time, the foxes and the herrings will come and pull the stuff out of the bins for food so its just a crazy situation. No matter what you do for cleaning up.

“The staff in the council are great I mean the guys that do the pick-ups are fantastic and very helpful I think they are appreciative for the little bit that we do but the head office don’t seem interested in it.

“The staff have to go out on Monday and empty these bins that are all over the place, had been pulled out by foxes and it was all over the park, it was disgusting looking.”

The Echo contacted South Dublin County Council on the issue, but a response was not received in time for print.