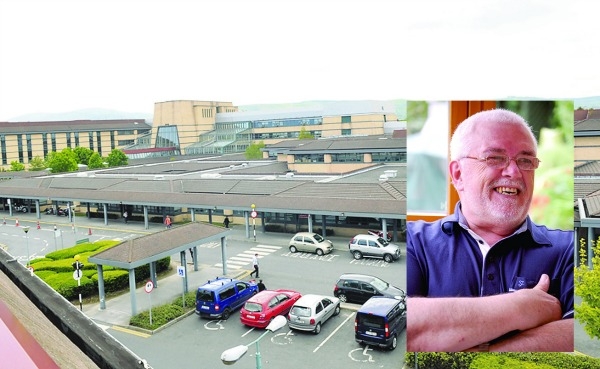 Woman died from severe allergic reaction to an antibiotic

A WOMAN who went into Tallaght Hospital for elective surgery died from a severe allergic reaction to an antibiotic, an inquest has heard.
Dolores Sheridan (71), a mother of eight from Kilmahuddrick Lawn, Clondalkin in Dublin 22, died at Tallaght Hospital on January 7 last year having arrested within a minute of being given the penicillin-based antibiotic Augmentin.
Dublin Coroner’s Court heard her medical chart contains three notes from previous attendances at Tallaght Hospital, including in October 2013, that she had an allergy to penicillin.
However, consultant anaesthetist Dr Judith Connolly said she did not see these notes and Mrs Sheridan told staff she had no allergies during routine questioning in the hours before the operation.

Mrs Sheridan was admitted under the care of consultant gynaecologist Dr Aoife O’Neill on January 6 for an elective hysterectomy to correct a prolapsed uterus with the operation scheduled for the following day.
In her husband James Sheridan’s deposition, read into the record in his absence, he recounted how she had been “full of life” on the morning of the operation and told him “she wasn’t worried one bit about the surgery”.
Dr Connolly told the inquest the operation was carried out using an epidural with Mrs Sheridan conscious but sedated and responding to questions. Dr O’Neill requested that she be given prophylactic – or preventative – antibiotics so Augmentin was administered.
Within 20 to 30 seconds Mrs Sheridan complained of feeling extremely warm, “funny” around her mouth and could not catch her breath, Dr Connolly said.
Her upper arms were bright red and she was frothing at the mouth. She then went into pulseless electrical arrest.
Attempts to resuscitate her succeeded after an hour and she was transferred to the intensive care unit where she died later that night.
A review of the medical chart following Mrs Sheridan’s death found notes regarding a penicillin allergy from attendances in 2005 and on October 7, 2013, three months before her death.
Dr Connolly said she did not see these notes prior to the operation.
She said it was “impracticable” and “not feasible” for her to look at the entire chart. She looked at the relevant pages pertaining to admission, pre-operative assessment pages and previous anaesthetic pages in the chart, she told the coroner.
She said that in the three months before Mrs Sheridan’s death, medical staff had noted 14 times that she had no known allergies. On the night of her admission and in the hours before the operation staff asked Mrs Sheridan about allergies seven times.
Mrs Sheridan had been prescribed a course of Augmentin by her GP three weeks prior to her admission to hospital. Dr Connolly said this may have “primed her for this event”.
“It is recognised in the literature now that women, particularly those over 40, can change their allergic or immune status even if they tolerated Augmentin all their lives and these types of fatal anaphylaxis only occur after a previous dose within six months,” she said.
Pathologist Dr Linda Mulligan gave the cause of death as “anaphylactic shock most likely as a result of an allergic response to intravenous Augmentin administration”.

The inquest was adjourned to July 3 on foot of a submission from the family’s legal team for time to review the medical notes.