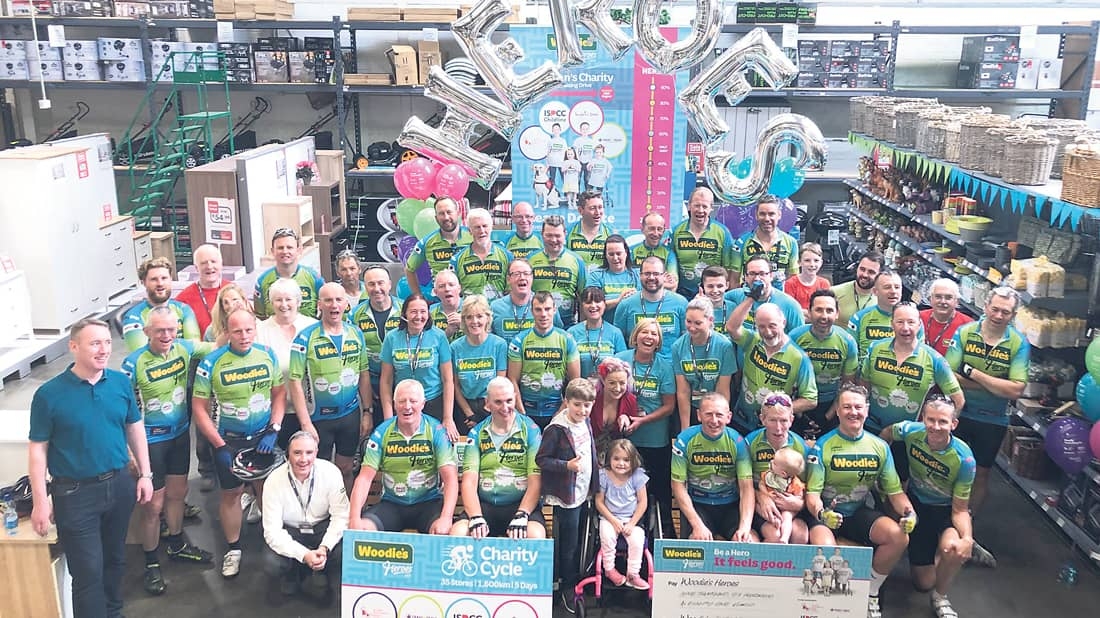 Woodie’s staff have raised over €260k for four Irish charities

WOODIE’S staff and customers from stores all over the country, including Tallaght, the Naas Road and Lucan, have so far raised €263,935 for four Irish charities, after collectively walking the same distance it would take to get to the Moon.

From July 19 to August 16, staff and customers from the stores kept track of their step count and covered 384,400km as part of the Woodie’s Heroes charity campaign.

The participants exceeded their original target of €250,000, as a result of the generosity of the customers, who donated at the till in-store and online, and logged their steps for the challenge.

The funds raised by the charity event, now in its sixth year, will be donated to Down Syndrome Ireland, Cystic Fibrosis Ireland, Autism Assistance Dogs Ireland, and ISPCC Childline.

There are still four more weeks of online fundraising to go as part of the Woodies Heroes campaign, and a team of Woodie’s Heroes cyclists are also set to journey around the country from Monday, September 14, to Friday, September 18.

The cyclists will cover a distance of 1,600km to visit the 35 Woodie’s stores nationwide and collect the all-important final funds that have been raised.

A Woodie’s spokesperson said: “Woodie’s would like to offer a huge heartfelt thank you to everyone who has supported the Woodie’s Heroes campaign, and to the plucky little heroes, their parents and the volunteers from the four charities who represented themselves so well on radio stations across Ireland and in the country’s leading newspapers and magazines.”

The DIY retailer has raised €1,818,446 for charity over the last six years as a result of Woodie’s Heroes, and donations for this year’s fundraiser are still being accepted online at www.woodies.ie