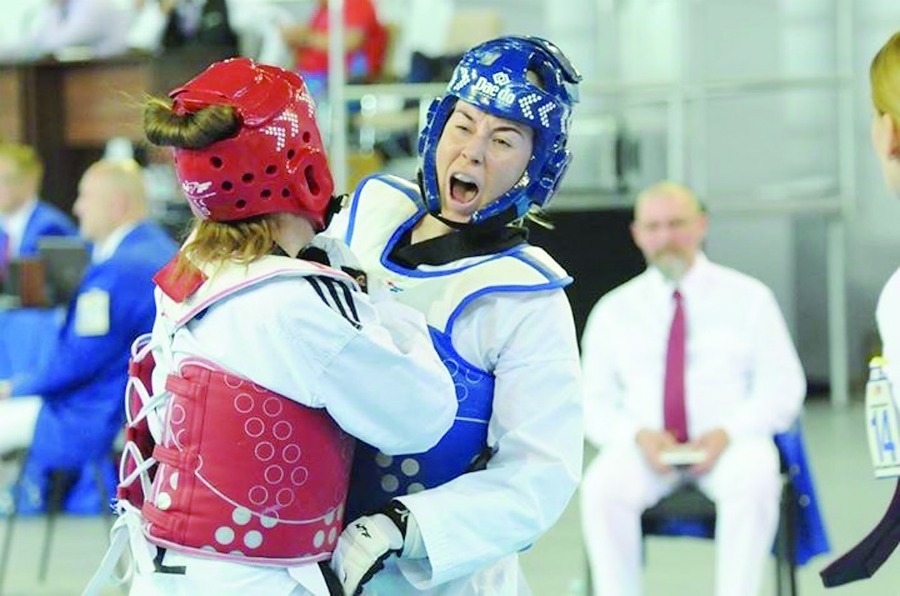 Woolley and Bannon lead the way for South Dublin

Represented by five athletes, the club saw Jack Woolley and sparring partner Shauna Bannon make the podium on Day Two of the competition with silver for Woolley and bronze for Bannon.

Both also secured valuable ranking points in the process which should help copperfasten Wooll-ey’s World Number One seeding for next month’s World Championships.

As for Bannon, Taaffe explained: ‘Shauna is a world-renowned kickboxer who decided to give Olympic Taekwondo a try.

“There is a lot of interest in crossing over into taekwondo from other martial arts, however most fall through as it’s a massively demanding undertaking and starting from the bottom with no ranking and meeting high seeds a lot can be disheartening.

“Shauna has made good progress. It takes taekwondo practitioners years to be at a level to win World Ranking medals, and crossovers usually take some time to be competitive.

“I’m delighted Shauna medalled as she has applied herself 100 per cent  and would be hopeful that the strong kicking foundations laid at her Kickboxing Club Tallaght Martial Arts can be adapted to our sport further to allow her achieve further martial arts accomplishments” he said.

Meanwhile in the Cadets & Juniors division, SDTKD fielded their development players in the hope of some medals and to garner some wins for possible future national team selection.

Nathan Kelly, who is another competitor adapt-ing from kickboxing, was in action along with David Phelan and Adam Nugent.

“We didn’t get the wins we hoped for, David clinched a bronze for his efforts but it was two wins we were after,” noted club coach Robert Taaffe.

“The three boys performed well, and we will build on this event for Luxembourg in a few weeks,” he added.