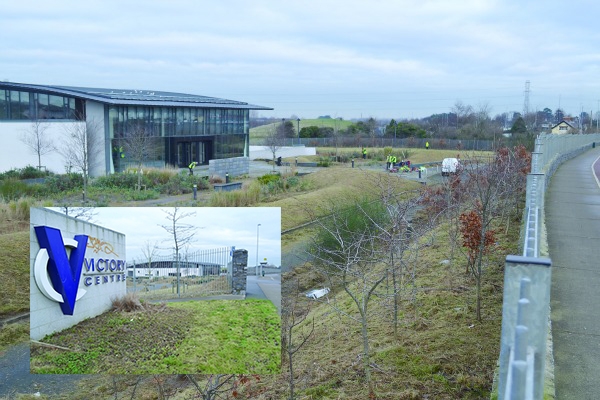 ACTIVITY has started on the grounds of the Victory Centre following the sale of the state-of-the-art Christian church and community centre to US global investment giant Goldman Sachs last July.

As reported in The Echo, the Victory Centre on the Firhouse Road was bought by Goldman Sachs when it purchased a portfolio of loans from Llyods Bank in July of this year.

Lloyds Bank owns Bank of Scotland, which in 2013 appointed receivers over three of the Victory Christian Fellowship’s premises in Dublin after it emerged that the non-denomination church owed debts of €18m.

The Echo understands that Goldman Sachs has arrived on site with the intention of bringing the building back up to spec for lease, with a team of workers spotted this week on site by The Echo photographer.

Sources close to the church told The Echo that the Victory Christian Fellowship is hoping to enter into negotiations with the global investment firm about the possibility of becoming the building’s tenant – with the future goal of buying it back.

The Victory Christian Fellowship is due before the Supreme Court before the end of the year, after it appealed the High Court judgement made against it.

Despite numerous attempts, The Echo was unable to speak with a representative from Goldman Sachs.