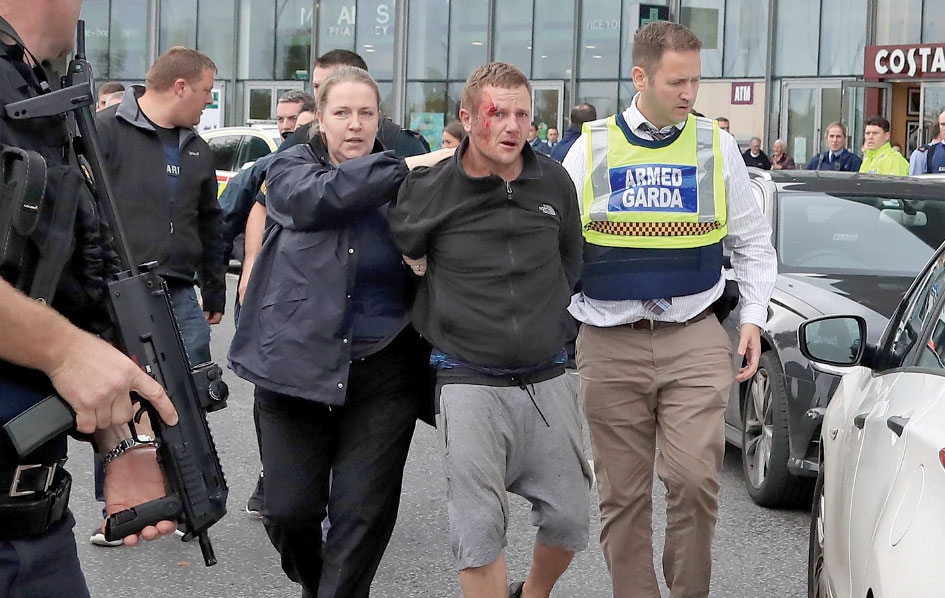 TALLAGHT and West Dublin were in the news throughout October with the return of Ibrahim Halawa from Egypt, the opening of the new Scientology Centre in Firhouse and a manhunt across Tallaght and beyond.

Tallaght entertainer and comedian Al Porter made his debut as the host of TV3’s “Blind Date”.

In an incident in Ballyfermot, a mother and son were left traumatised after an attempted carjacking at the Kylemore Road. The two were sitting in traffic at a junction near the Aldi store when two males got in the back door of the car and threatened them with a knife. The son (19) received a serious knife-wound to his wrist trying to defend his mother, before the two thugs escaped empty-handed towards Ballyfermot.

Over in Donnybrook, A talented karaoke singer from Tallaght had his hopes dashed when he was pulled from performing on The Late Late Show. Philip Murphy aka Mr Reggae entered a karaoke competition in Morton’s Pub in Firhouse hosted by DJ Electric Eddie.

He won the competition with Elaine Cudden and they were told they would be performing on the Late Late Show, but two days later they received the news that they wouldn’t be performing.

Somebody who did actually get to shake Ryan Tubridy’s hand was Ballyfermot priest Father Joe McDonald who appeared on The Late Late show to talk about the priesthood and his book “Why the Irish Church Deserves to Die”.

In Tallaght, a takeaway delivery driver was assaulted by teenagers in the Glenshane estate. Satheesan Narayanan was robbed of €40 and punched a number of times in the face leaving him with two swollen eyes.

Students in Tallaght Community School made history this month when they made contact with the International Space Station (ISS) while in orbit.

During the month, the new Church of Scientology and Community Centre opened in Firhouse. The leader of the Church, David Miscavige, visited the centre to perform the grand opening.

On the morning of October 23, Tallaght woke up to the news that an armed man had allegedly hijacked a car and committed an aggravated burglary.

What followed was a manhunt through Tallaght and West Dublin and it led to the arrest of the alleged suspect, Joseph Rafferty, in Citywest Shopping Centre. Mr Rafferty later appeared in Tallaght Court, charged with a number of offences.