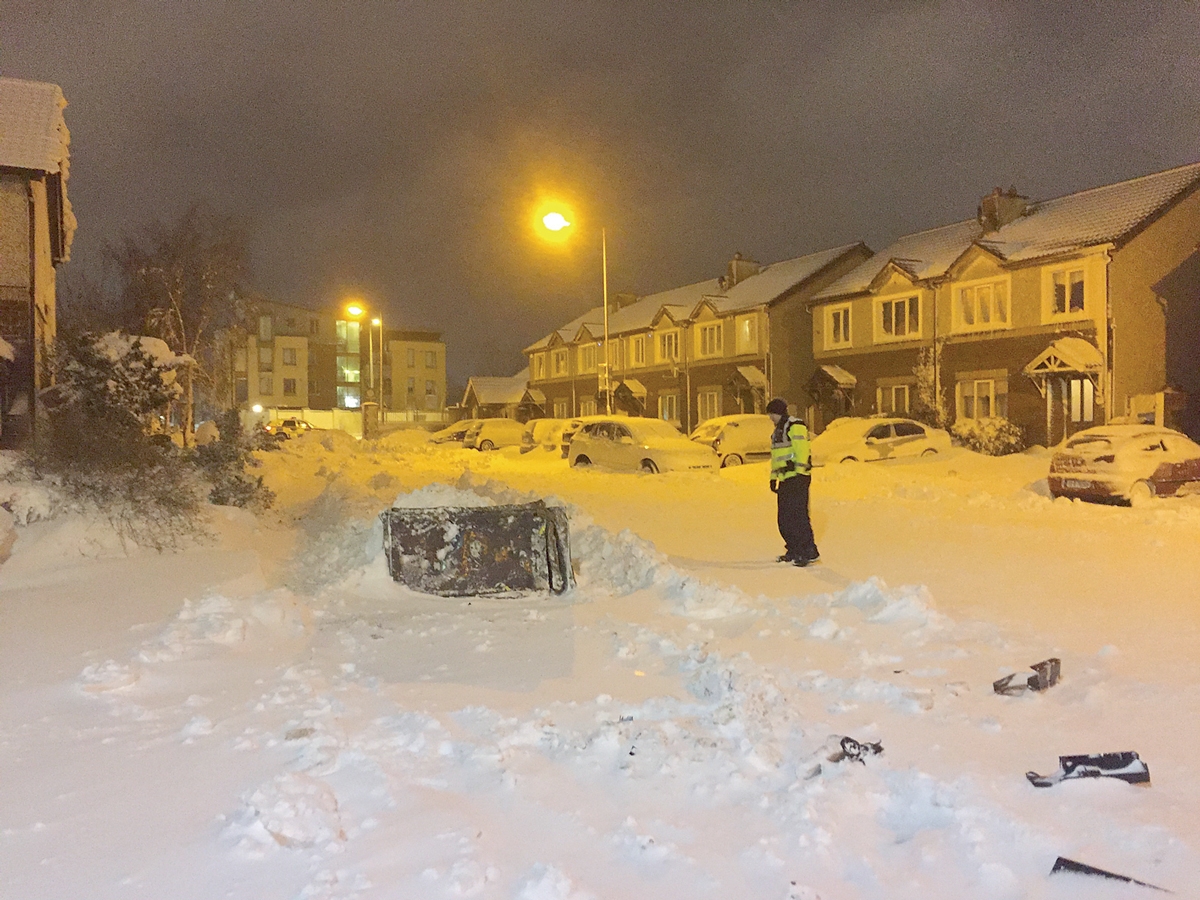 IT WAS a funny old month, more like a Siberian winter than an Irish spring.

Dublin went into lockdown at the start when the Beast from The East, aka Storm Emma, hit.

But the snow couldn’t stop Patricia Kiernan and Tony Mantero who celebrated their wedding in Finnstown Castle Hotel in Lucan at the very heart of the storm.

There was a great sense of community spirit with people helping each other out, the Cherry Orchard Community Centre opened its doors on the Thursday and Friday nights of Storm Emma to provide somewhere safe and warm for people and families to stay during the storm.

The first Friday in March turned out to be a black night for Tallaght after a gang attacked a Lidl on Fortunestown Lane with a JCB and pulled the roof off it.

A number of individuals were subsequently brought before the courts.

Gardai protect the safe taken from the Lidl store in Fortunestown

Over in Baldonnell, the sod was turned on a €40m logistics hub which is expected to deliver more than 1,000 jobs.

Pharmacecutical giant Takeda announced 70 new jobs and €25 million investment in the construction of a new regenerative medicine facility at its site in Grange Castle Business Park.

Nevaeh (9) tragically died following a brain haemorrhage. Her donated organs saved the lives of four schoolboys and a 34-year-old woman.

Last year Lucan won €300,000 to spend on projects in the area. This year it was Clondalkin’s turn for “€300k Have Your Say” and it was launched by Mayor Paul Gogarty.

A number of years later, Dermot Griffin from Ballyfermot, was sentenced to 15 years for manslaughter. This month the Court of Appeal threw out Griffin’s appeal of his sentence.