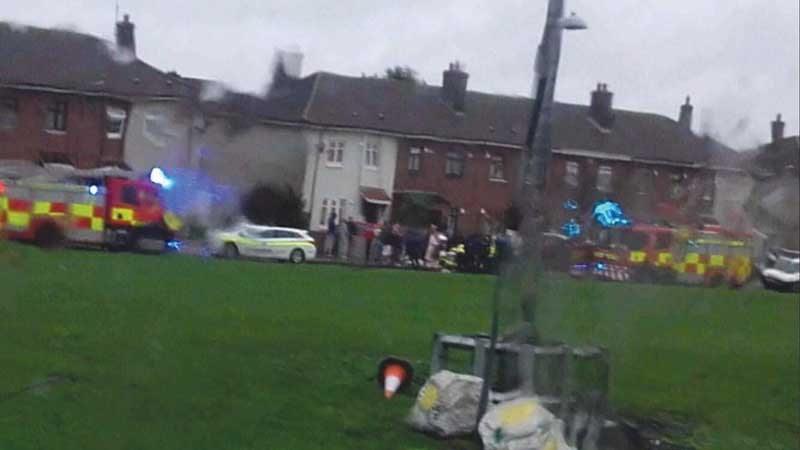 A YOUNG man lost control of the quad bike he was driving in Cherry Orchard on Christmas morning, resulting in the hospitalisation of the pillion passenger of the bike.

The incident, which was reported to gardai shortly after 9am on Christmas morning, saw both riders come off the bike with the pillion passenger being treated at the scene before being brought to St James’s Hospital.

The quad bike had been removed before gardai arrived at the scene on Clifden Drive, and according to gardai “the passenger could not identify the driver of the bike, there were no witnesses, and the owner of the bike is unknown at present.”

Dublin Fire Brigade and An Garda Siochana attended the scene.

This incident occurred exactly two years after Ballyfermot teenager Warren Kenny was killed when his scrambler bike collided with a dirt bike in Cherry Orchard on Christmas morning in 2015.

At the inquest into the teenager’s death last February, which returned a verdict of death by misadventure, public service vehicle inspector Garda David O’Brien said neither the scrambler bike nor the dirt bike were designed for road use.

He stated: “These bikes are made for off-road conditions such as grass, fields and wooded areas. Their tyres are like studs on a football boot. They should not have been anywhere near a road surface.”

Ballyfermot Sinn Féin councillor Daithí Doolan told The Echo: “Parents give in to demands from their kids for scrambler bikes and quads.

“They shouldn’t be riding them on the road, this is part of a wider issue with quad bikes around the county.”