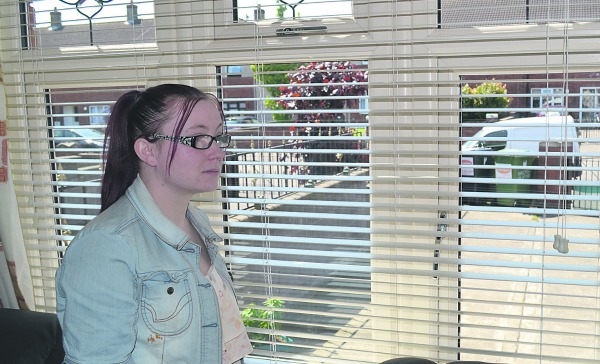 A YOUNG mother has been “living in hell” for the last 15 years – since first being prescribed prescription drugs at the age of 14 to treat depression and anxiety.

Charlene Larkin (29), from Ballyfermot, feels let down by the HSE over the lack of mental health support services despite “trying everyone for help.”

The mother-of-two endured a volatile relationship with a former partner, and has lived in five different homes in the last five years, including a brief stint in the UK, in an attempt to move forward in life.

Her only stability, is being drip-fed a daily dose of prescription drugs without a clear understanding of her mental health condition.

“If I could go back to when I was 14, I wouldn’t have taken any pills,” said Charlene, who has been waiting for 10 years to see a psychologist.

Charlene said: “At 14, I would have taken anything if you told me it would make me feel better. I should have got a psychologist report before pills. All I want is proper help, and not keep trying to give me a subscription and cover it up with a magic pill.”

Diagnosed in 2007 with Cyclothymia – a form of bipolar – doctors re-diagnosed Charlene last year.

“They said they think the diagnosis was wrong, that I have ADHD with OCD tendancies and emotional behavioural difficulties,” said Charlene, who attends Ballyfermot Mental Health in Cherry Orchard Hospital.

Charlene continued: “Sometimes the dosage increases, which leads to side effects when you go higher and lower. The doctor recently advised Prozac on top of what I take daily (Mirtazapine and Epilim chrono), which I don’t understand. I’ve never taken Prozac before.”

Suffering from postnatal depression after the birth of her first child in 2006, Charlene’s sister brought her to the drug and alcohol outreach centre Ballyfermot Advance Project.

“I’ve never taken drugs, but that seems to be the only way you can get help,” said Charlene.

“When they (Advance) started, it was for families of drug addiction. A woman studying there took me on, and was very helpful to me. I went through everything with her, she went to the doctor with me, said we need a new diagnosis and plan. But with funding cuts, they had to let her go.”

After remarrying a “great guy” in September, Charlene is hoping to move forward, but fears losing her rent allowance if she gets a job or goes to college.

She continued: “I feel let down by the HSE and social workers. It’s 15 years living in hell with some good stuff in between. Even when I’m good I’m bad.

“I try to paint a smile for the kids but the older one is copping on now, and says I can’t keep having a pain in my belly. I’m hoping the day will come when I’m not crying for hours on end.”

A HSE spokesperson said: The HSE would recommend that the service user contact with the Mental Health team delivering her care as this team has access to the various supports that their patient group require.

Members of the public can be referred to HSE Mental Health Services and HSE Primary Care Services by their GP or a hospital emergency department referral.

The Mental Health Support Service in Ballyfermot is made up of the following professionals: Psychiatrists, Psychologists, and Psychiatric Nurses. Psychiatric Social Workers, Occupational Therapists, Senior House Officers and Speech and Language Therapists.