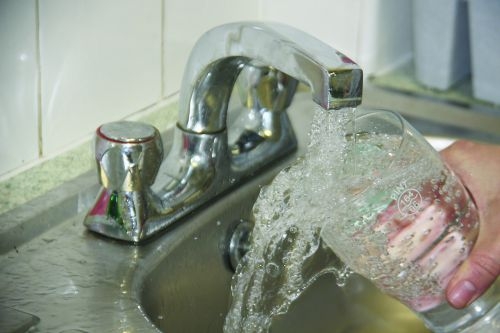 1,000 homes may have lead contamination in water supply

MORE than 1,000 homes across South Dublin County are set to receive letters from Irish Water concerning a possible lead contamination in their water supply.

Lead was used in the plumbing of houses and buildings up until the 1970s, but has not been used in public piping since – after the presence of lead in drinking water was recognised as a health concern, with the acceptable limit reduced a number of times.

However, there is a possibility that homes built before the seventies still have internal lead piping and, due to its metering programme, Irish Water has identified lead piping at almost 20,000 Dublin homes, 1,048 of which lie in the Dublin South County Council region.

Irish Water has now began an awareness campaign, in consultation with the HSE and the Environmental Protection Agency [EPA], on how lead can be picked up by water as it passes through these pipes.

However, householders who receive a letter will have to front the cost of any pipe replacement on their own private property.

A spokeswoman for Irish Water said: “Internal plumbing is the responsibility of the homeowner, this has always been the case, but we are proactively contacting people to let them know we identified lead connection pipes so they can check their internal plumbing and take action if necessary.

“No national approach to lead pipes has been developed before and this is one of the important pieces of work Irish Water has undertaken since it was set up.”

Exposure to lead can include damage to bodily organs, particularly the kidneys and brain development, with children and pregnant women the most vulnerable, according to the HSE and EPA.

Irish Water has stressed that the presence of lead piping does not always cause contamination but warns that “the risks exist”.

Earlier this year, figures released identified that homes in an estate in Raheny had lead contamination over 80 times the level allowed by the EU, which is currently 10 micrograms per litres.

However, according to subsequent advice from the HSE and the EPA: “No level of lead in drinking water is now considered to be completely safe.”