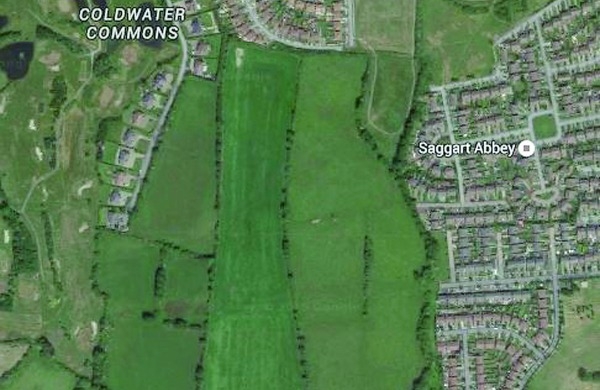 PLANS for further housing development in Saggart have been submitted to South Dublin County Council, with 218 houses earmarked for a greenspace located in Boherboy between Citywest Golf Course and Verschoyle, Carraigmore and Corbally housing estates.

The planning application, which was submitted jointly by property developers Kelland Homes and Durkan Estates on December 22, is for the development of three bedroom and four bedroom homes on a site of 8.16 hectares.

It will consist of two sites, the first of which will be bounded by Corbally stream and developed by Kelland Homes on the eastern side with 111 homes.

The second site on the western side will include 107 homes and will also see the development of a creche.

Access to the site will be by two access points from the Boherboy Road with provision for a roadside footpath at Boherboy Road.

Adjoining lands to the north of the site are in the same ownership, and will form the remainder of the Boherboy Neighbourhood that will be developed in the future.

Public open spaces and provision for a pedestrian link to a district park to the north east of the site alongside the Corbally Stream is also included within the application.

Submissions will be accepted on the application until February 3, with a decision due from South Dublin County Council by February 24.

Kelland Homes most recent local project is Elder Heath, which is located in Kiltipper and includes three and four bedroom homes – it has also developed Russell Square, De Selby, Tynan Hall Park in Kingswood and Monastery Heath in Clondalkin.