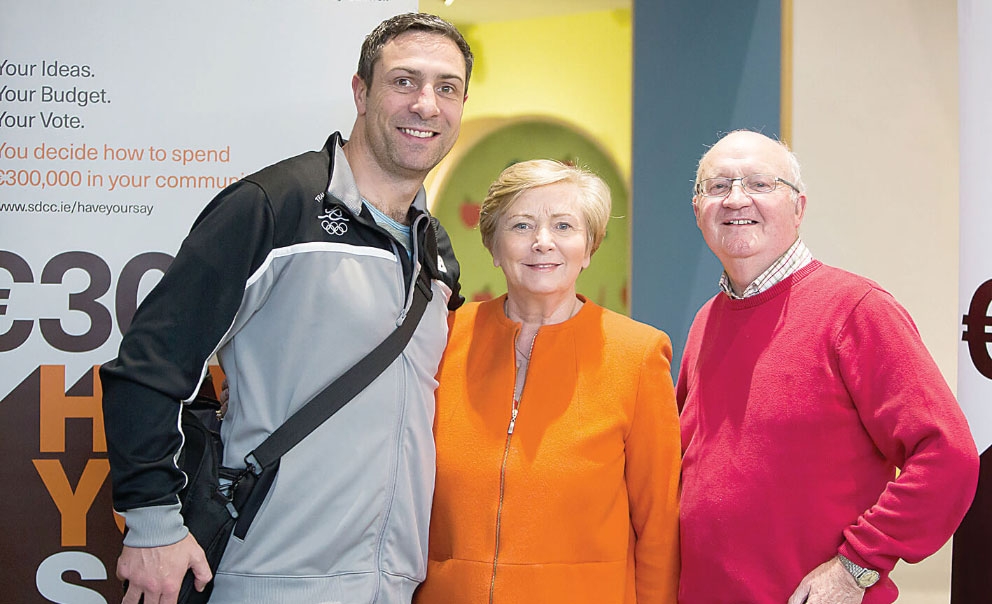 230 submissions received for €300k Have Your Say

SOUTH DUBLIN County Council have received 230 submissions for €300k have your say initiative in the Clondalkin Electoral Area.

The closing date for submissions has now passed and the submissions are being collated, assessed under the criteria and costed, in preparation for consideration by the Steering Group and then recommendation to the May Council Meeting.

Councillor Kenneth Egan with Frances Fitzgerald, TD and Tommy Keogh at the launch

The Steering group will now have oversight of the development of the initiative.

It has responsibility for recommending the final Shortlist of Projects for the Public Vote to the Council for approval.

The membership of the Steering Group is made up of the Mayor and Elected Members on a cross-party, independent basis, agreed by the Council.

Where there are not two Elected Members from the Local Electoral Area in which an initiative is being run on the Steering Group, these may be co-opted onto the Steering Group for the duration of the local project.

The Steering Group is supported by senior members of the Executive.