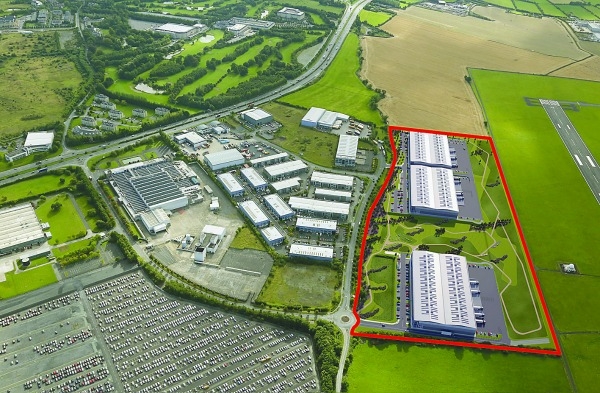 THE development of a €30 million logistics park in Baldonnell is still in play following a decision made in council chambers this week.

A plot of land in Baldonnell has been the subject of much debate in recent months after the site – which a number of councillors believe has the potential to attract international investment and jobs – was identified as a possible floodplain.

UK firm Mountpark Logistics last year purchased a 35-acre site on the land for the development of a €30m logistics hub, which has the potential to create up to 1,000 jobs and contribute €2.4m to South Dublin County Council in developer fees and €430,000 annually in rates.

However, a planning application lodged by Mountpark with the council last October was refused permission by county planners on the grounds that the proposed development would take place within an “identified floodplain”.

This decision has been appealed by Mountpark to An Bord Pleanála, with the planning authority due to make a ruling by August.

The land in question was also up before councillors on Monday who voted on whether to keep the land zoned for Enterprise and Employment or de-zone it to Rural – on the basis that the lands were identified as flood risk.

Clondalkin Fine Gael councillor Emer Higgins lodged the motion at Monday’s meeting which asked that the zoning be retained to “allow for enterprise and employment”, a motion which was passed.

Cllr Higgins told The Echo: “I’m very pleased that my motion was supported, this is a prime plot of land and is in a very good location beside the N7, the Newlands Cross flyover, the Baldonnell Business Park and a network of local roads – which makes it very attractive for international investors.

“Development on this land could be very positive for the county and, while the land has retained economic and enterprise zoning, any planning permission granted is subject to a robust and comprehensive flood mitigation strategy.”

Phillip O’Callaghan of Mountpark Logistics, which carried out flood preventative measures and mitigation, told The Echo: “Mountpark Logistics welcomes the decision of South Dublin County Council to retain the long-standing industrial zoning of lands at Baldonnell.

“This decision ensures that a significant job opportunity for Baldonnell, Clondalkin, Lucan, Tallaght and the whole of South Dublin remains alive.

“Mountpark will continue to engage with the planning authorities to secure the necessary planning and to design and develop a world-class logistics hub.”

However, while some welcomed the retention of zoning, a number of councillors expressed their frustration that councillors were not following procedure in relation to de-zoning land that is identified as a possible flood risk.

AAA councillor Brian Leech, who voted against the motion with his fellow AAA councillors, said: “The one-in-one-hundred years flood risk from the Camac River for much of those lands is as serious as it gets in flooding terms, with the only sensible thing to do is “Avoid” as per the OPW guidelines.”

The Dublin South West AAA committee has said that it will be taking legal and other advice on a decision which they believe “contravenes the 2007 EU Flood Directive”.