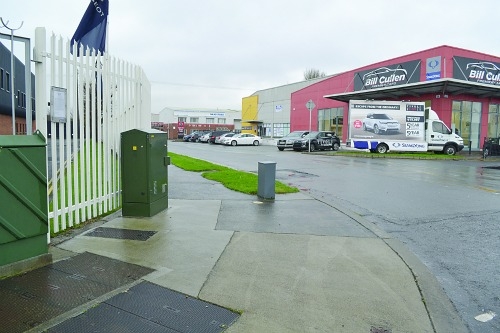 340 apartments set to be constructed on Carriglea Industrial Estate

AN APARTMENT development of 340 units, one of the largest apartment schemes planned since the property crash, looks set to be developed on a site located between Bluebell and Drimnagh at the Carriglea Industrial Estate.

Plans have been submitted to Dublin City Council for the development, which will see the a mix of one, two and three bedroom apartments built on the site accessed via Muirfield Drive.

The site covers an area of 2.62 hectares, and the planning application was submitted by Crekav Landbank Investments Limited, a company that includes developers Greg Kavanagh and Patrick Crean as directors.

Eight apartment blocks ranging from four to five storeys will be built on the Carriglea Industrial site if permission is granted for the development, with 70 one bed units, 159 two bed units and 111 three bed units within the blocks.

Submissions and observations on the application will be accepted until January 19, 2016 with a decision due within the first quarter of 2016.

It is also due a decision in January from ABP on a development of 74 residential units on a site located in Finnstown, Lucan that will also see the demolition of an existing single storey gate lodge.

South Dublin County Council refused permission for 16 of the proposed units, and the potential development was impacted by a tree order placed on the site.