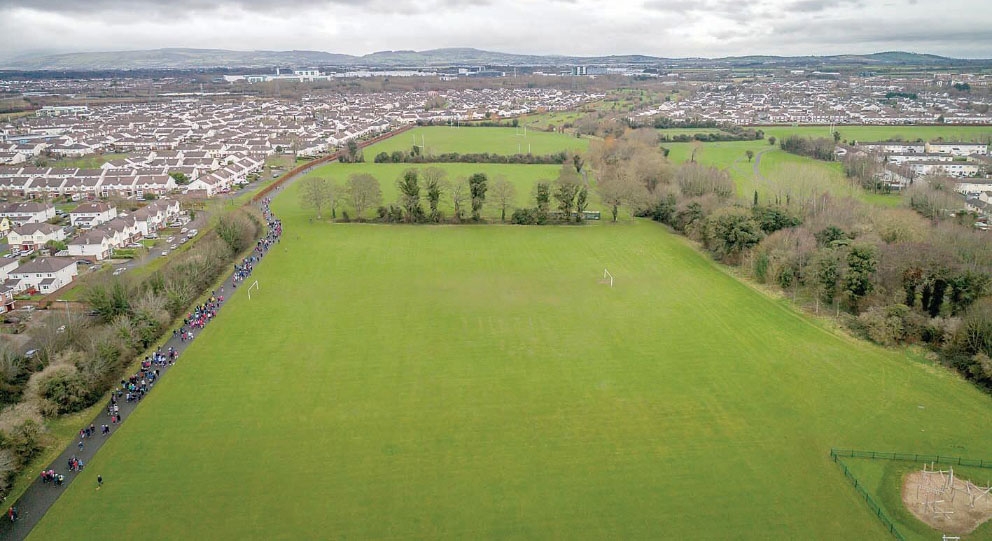 SOUTH Dublin County Council detailed their plans for designated ‘hang out’ spaces for teenagers in the county at a meeting last week, with the results of a study that was carried out by the local authority finding that teenagers feel excluded from many public places.

The Teen Space project was prompted by repeated requests for the provision of amenities for older children and teenagers, and also because teenagers using play spaces that are for younger children sometimes led to conflict with other users of the play space.

Griffeen Park, which is planned for a Teen Space

The proposed initial projects as part of the Proposed Teenage Facility Programme 2019-2021 are to be located in Clondalkin, Lucan and Tallaght, and details about the projects were presented at Tuesday’s monthly meeting of the Rathfarnham/Templeogue-Terenure Area Committee.

It’s proposed that the Clondalkin Teen Space will be located in Collinstown Park consisting of a goal, basketball net and large play items, while in Lucan the Esker side of Griffeen Park there are plans for the provision of a tea shop/coffee pod and the enhancement of the informal ball wall meeting area.

Three locations in Tallaght have been earmarked for potential Teen Space development, including a giant bench to be used as a formal meeting area for teens in Kingswood and a multi-use games area facility in Avonbeg.

There are plans for the development of a formal play space/activity area for teenagers, with equipment designed for use by older children, in Ballycragh Park.

The council surveyed 458 people as part of their study, 80 per cent of whom were in the target age range of nine to 18-years-old, and found that 68 per cent of the respondents visit parks daily, and that 56 per cent of teens engage in unstructured activities, such as playing computer games, while 44 per cent of teens spent their time engaging in structure activities, like playing on a sports team.

The reasons that respondents gave for not using public facilities included feeling unsafe and unwelcome, a fear of anti-social activity and the view that the facilities are unsuitable for teens.

Over 90 per cent of the teens surveyed wanted unstructured activities, while over 60 per cent of those teens wanted a ‘hang out’ area with seating, play facilities, shelter, free wi-fi, music and toilets.

The survey found that the provision of more organised activities does not appeal to teenagers, and that hanging out is seen as a desirable activity in itself.

Only five per cent of respondents wanted more sports facilities.

Provision has been made in the council’s capital budget for the first year of a three-year delivery programme for the project.