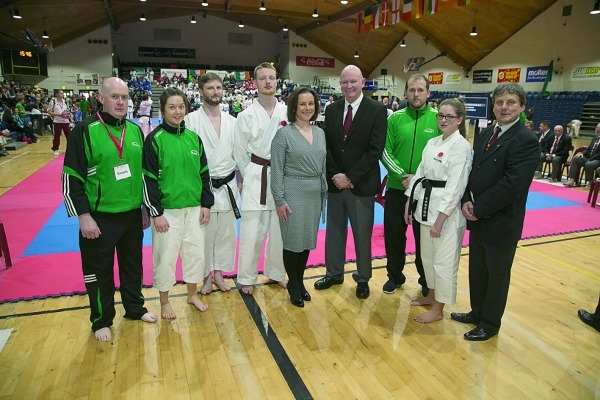 HOSTING a European karate championship in Tallaght last weekend provided a €500,000 boost for the local economy, according to tourism chiefs, reports Maurice Garvey.

Fáilte Ireland today welcomed the revenue boost for Dublin, after participants from across Europe took part in the Japan Karate Association European Championship.

The event took place in the National Basketball Arena in Tallaght, hosting teams from 24 countries, and attracting almost 1000 overseas attendees.

Miriam Kennedy, Head of Business Tourism Fáilte Ireland said: “Having beaten off stiff competition from France and Norway, we are delighted that Dublin was chosen as this year’s host destination.

“This is very much a high profile event within the karate global community and firmly places Dublin and Ireland on the world stage when it comes to hosting international events. It also has the added benefit of reaching out to spectators in some of our key markets.”

Fianna Fáil Councillor Trevor Gilligan welcomed hosting the event in Ireland for the “first time” and said it has “started a ripple effect with other karate styles and associations already planning similar events in Ireland.”

Fáilte Ireland, through its Event Ireland team, is supporting the Japan Karate Association’s bid to host the World Championships in Ireland in 2018.

If successful, hosting a World Championship could provide a potential revenue boost of €1.25 million.

Noel Casey, Chief instructor and representative of JKA Ireland said: “We are finally putting Ireland on the world stage in karate, with the hope of attracting other prestigious karate events in the future.”