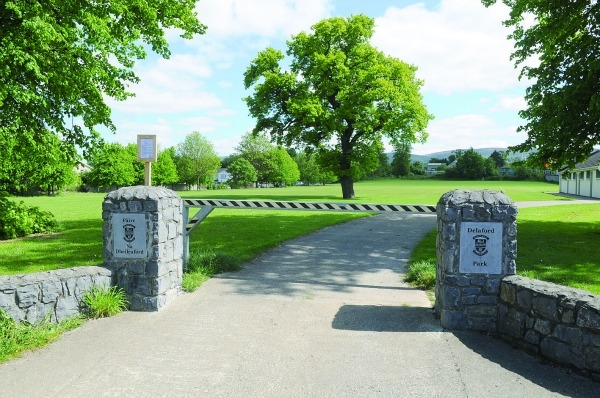 A PROPOSED all-weather pitch for Knocklyon United continues to stir concerns from local residents, who have appealed the decision to grant permission for the development to An Bord Pleanála.

The all-weather pitch was given the go-ahead by South Dublin County Council on December 10, following the submission of additional information from Knocklyon United and over 80 objections from local residents and groups, with a number of objections carrying multiple signatures.

A request for additional information was requested by the council following the submission of objections, and included omission of the proposed second, smaller pitch which was not given consent by the council, and access routes on the open space, information on the impact of the flood lights, details on boundary treatments and details on the finishing of the pitch.

Details on the proposed hours of operation, an arboricultural report, a detailed landscape plan, and drainage details were requested alongside the submission of a second letter of consent that was given to the club by South Dublin County Council.

Three appeals were submitted to An Bord Pleanála, and were all submitted by residents of the Delaford estate with one submission including residents from Knocklyon Heights.

In the appeals, residents raised concerns with the footprint of the proposed development when compared to the open space available in Delaford Park, the zoning objective of the land, the fragmentation of the land if the proposal goes ahead and the impact it will have on the residential amenities of the area.

Concerns were also raised about the “incomplete information” submitted by the applicant to South Dublin County Council, the application being “inconsistent” with proper planning and policies, the alienation of the local community and the effect the development will have on the local environment and traffic in the area.

Club chairman Gary Dent told The Echo back in May that the growing club is currently spending an “astronomical amount” on renting astro pitches, due to not having its own all-weather pitch.

He said: “The minimum we require is one full all-weather pitch that our senior teams and younger teams can play on, and whether we will be able to include the training pitch remains to be seen.

“This is a big investment for our club, and we are not going to spend half a million euro on a facility if it is not fit for purpose.”

Due to the appeals, a final decision on the development will be delayed until May, with An Bord Pleanála not due to decide the case until May 17.