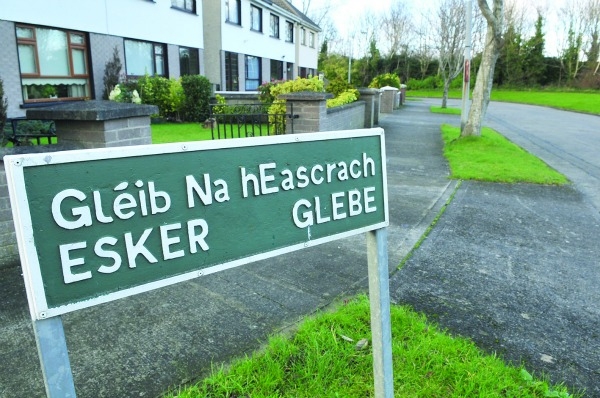 GARDAÍ in Lucan have stepped up patrols after a number of muggings in the Esker area – with one 82-year-old pensioner targeted twice in the space of a week.

Three muggings of elderly people have been reported to gardaí, including two on the unfortunate pensioner, who was on her way back from Mass during one of the attacks.

The incidents occurred on January 18, 22 and 28, in the vicinity of the N4 footbridge between Cherbury Park and Esker Glebe.

Lucan gardaí have stepped up high-vis patrols and dispatched plainclothes units in the area – investing significant time and resources in an effort to catch those responsible for the callous attacks.

A Lucan resident, whose mother was with the afore-mentioned pensioner during the first mugging at Esker Glebe, urges residents to “be cautious”.

He said: “My mother and her friend were coming back from Mass in St Patrick’s on Friday (January 22) and my ma’s friend was mugged.

“It happened so quick. My mother thought her friend was having a heart attack, because she was on the ground, rolling in the dirt. Whoever it was, they grabbed her handbag and disappeared into the bushes.

He continued: “That woman lives on her own and is now afraid to go out. Neighbours stayed with her after it happened. I’m a life-long Lucan resident but it wasn’t like this 20 years ago. I can’t get over it.

“It highlights how vulnerable elderly people are near that footbridge. My mother doesn’t go out with money or bring any cards with her. People have to keep an eye out.”

Lucan gardaí reassured residents that they have upped patrols, and are following a number of leads.

A garda source said: “A big effort has gone into catching the culprits and bringing them before the courts. We have established high-vis patrols and plain clothes patrols to identify who frequents the park, to disrupt any anti-social behaviour, and as a preventative measure.

“We’d advise people to be vigilant and are grateful for any reports from the public of suspicious activity. We’d ask people to make sure they don’t leave their handbags in cars at Esker Cemetery, as that’s in the same area.

The big fear is this could terrify people but we have put resources in and are following leads.”

The incidents occurred at random times, but residents are encouraged to contact Lucan Garda Station at 666 7300 if they notice any suspicious activity in the area.