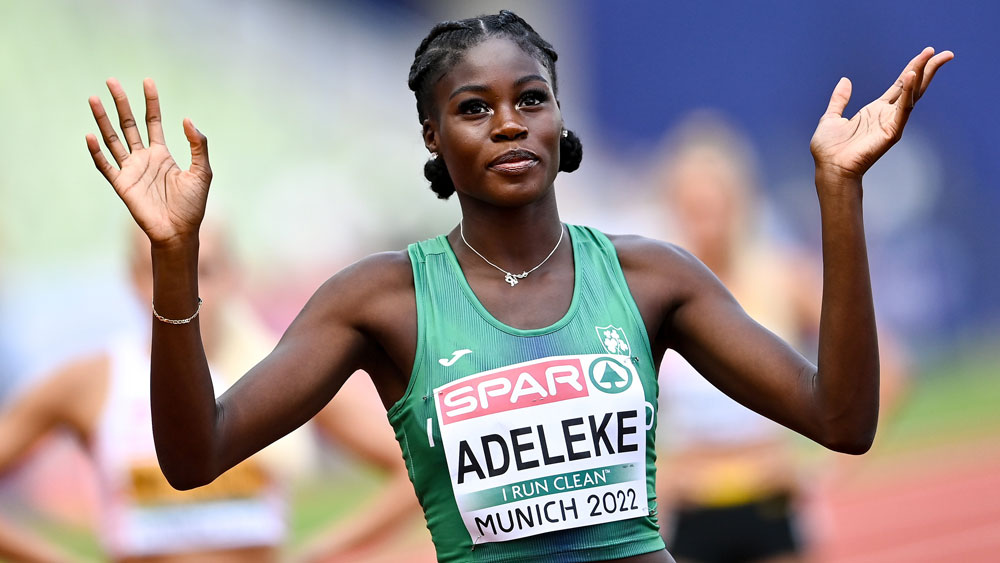 TALLAGHT’S Rhasidat Adeleke has secured her place in tomorrow night’s European Athletics Championship 400m Final following a superb performance that saw her finish third in her semi-final in Munich today.

Running from Lane Four, the Tallaght Athletic Club sprinter, who is currently based in Texas University, made a powerful start and by the final straight was well in contention for second place, with Bol out in front.

It was over the closing 50m that Adeleke struggled, but while she was overtaken by European Indoor 400m silver medallist, Cynthia Bolingo as they approached the line, she still managed to hold off Amandine Brossier of France to claim third position in a time of 51.08 and, with it, a berth in tomorrow’s final.

It was a tremendous performance by the Irish woman, who had just missed out on the World Championship Final by a mere 0.16 seconds.

The 2021 European Under 20 100m and 200m gold medallist can now look forward to lining out in a medal race on the European senior stage and will be looking to improve on her personal best time of 50.70.