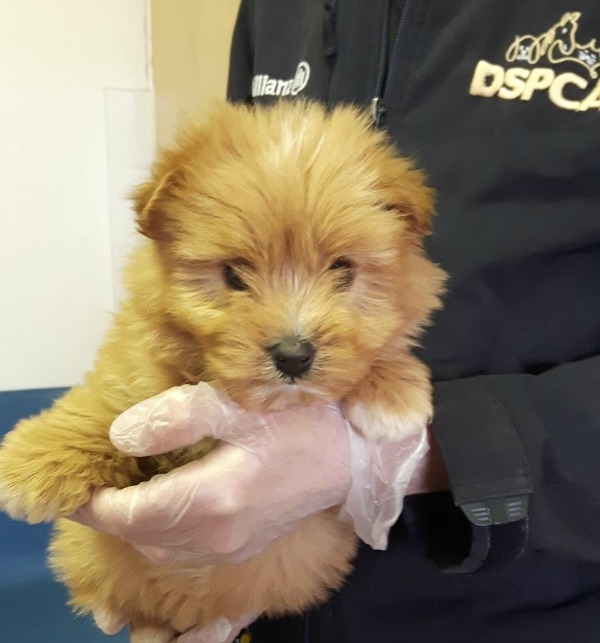 Adorable puppy dumped on the roadside in Tallaght

This adorable puppy was last night dumped on the side of the road in Tallaght.

According to the DSPCA a member of the public observed a jeep pulling up and dumping the puppy, who has now been given the name ‘Peanut’.

“We received a call today from a member of the public who when walking her own dogs in the Tallaght area last night watched as a dark coloured Jeep pulled up, opened the door, put the pup onto the grass verge and drove off.

“The pup (we named him Peanut) who is not even eight weeks old has had his tail cut off and had faeces stuck to his coat.

“Our caller told us this is not the first time this has happened in the area. In fact it happens quite a lot.

“Thank god the lady and her friend spotted Peanut as it was dark and he could easily have been run over by a passing car.

“Today he is off to his foster home to be loved and cared for properly.”

NEWER POSTTeenager with autism hits Facebook heights
OLDER POSTHave you got sales experience? Want to work for the Echo?