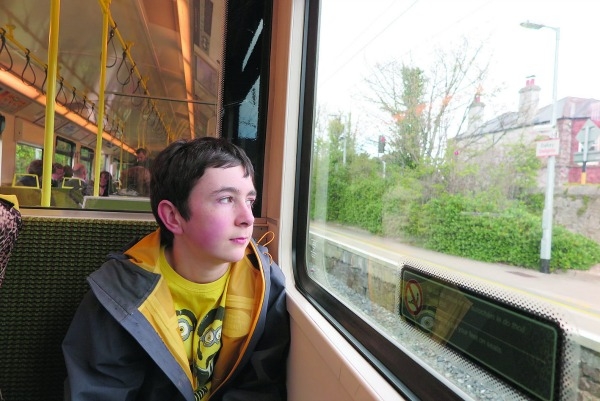 A teenager with autism became an online sensation last weekend for highlighting awareness and discussing his life with autism as part of Autism Awareness Month.

Thirteen-year-old Sean Mulligan from Kingswood had a Snapchat conversation last Sunday with his uncle James Kavanagh, who has become popular for his conversations on the social network and his appearances on Irish television and radio.

Due to the positive response to the videos, James posted the entire video conversation on his Facebook page and it has racked up hundreds of thousands of views since with thousands of comments and messages praising both Sean and James for highlighting the conversation around autism.

Sean, who has atypical autism, discussed the different symptoms of autism, how he explains autism to his friends and the day-to-day challenges he faces, along with tips on how to help anyone with autism when interacting with them socially.

He also discussed the speech difficulties he faced when he was younger – Sean struggled to speak until he was four years old.

Sean’s uncle James spoke to The Echo about the positive reaction the video has received online.

He said: “I usually ask people five questions on Snapchat, and as part of Autism Awareness Month I decided to do it with Sean.

“At first it was just on Snapchat, but I started getting a lot of messages telling me to post it up on to Facebook so more people could see it.

“Since posting the video, I’ve received a wave of messages from both parents of children with autism and parents whose children do not have autism.

“One father whose young son has autism contacted me about the video, and said that it put any worries he had to rest.

“A lot of them have said that the video of Sean has given them hope and put them at ease, and also raised awareness surrounding autism.

“Sean really doesn’t like praise, but he likes hearing the positive difference that the video has made for people.”
Sean is also raising awareness around autism through his blog, called My Atypical Life, where he plans to give an insight into his life with autism.

It can be viewed online at www.myatypicallifeblog.wordpress.com, and will be updated on a regular basis by Sean