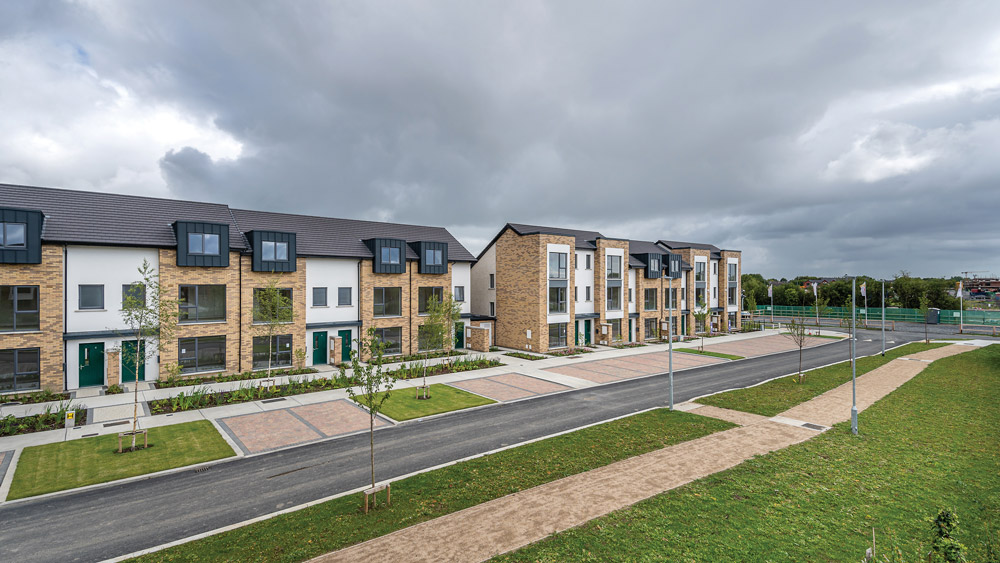 THE AFFORDABLE Purchase Scheme, which helps people on low to moderate incomes buy homes at reduced prices, is finally set to kick into gear after an agreement has been made.

South Dublin County Council (SDCC) told the monthly meeting of the council that an agreement with Irish banks is to be confirmed with paperwork confirming the scheme’s implementation.

New homes under the Local Authority Affordable Housing Scheme are in areas with the greatest housing need and where affordability is an issue.

SDCC will take a percentage stake in local homes under the scheme which covers the reduction in price.

If a purchaser buys the home at a 20 per cent discount, the local authority will match that and there is also a buy-back option to reclaim the stake first taken up by the council.

Aimed at first-time buyers, with some exceptions, the scheme was up for discussion at the latest council meeting.

At the meeting, Cllr William Carey (SF) welcomed the news that the 16 families that qualified for the council’s affordable purchase scheme at Kilcarbery Grange will be able to draw down their home loans.

“This has been very stressful for some of these families who felt they were left in limbo during the summer and unable to complete the purchase of their new homes,” Cllr Carey said.

“The good news for these families is that they can look forward to being in their new home before Christmas, provided the agreement is concluded.”

Cllr Carey added that it is “imperative that this agreement with the banks be concluded immediately”.

The Kilcarbery Grange scheme was for mortgage approved, first-time buyers only with a minimum price payable of €245,600 and maximum of €285,300.

For this scheme, the applicant household incomes needs be less than €73,362 with 50 per cent of the homes reserved for those who were living in South Dublin County for at least 12 months.